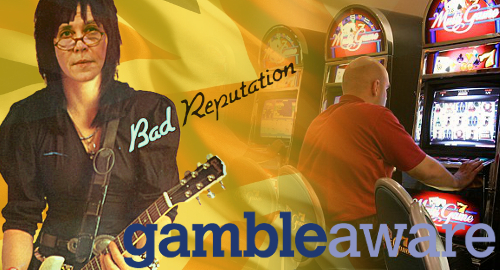 Another day, another trip to the woodshed for the UK’s gambling operators, whose arses – if not their faces – must be getting pretty red by now.

Speaking on the first day of GambleAware’s fifth annual Harm-Minimization Conference, Tracey Crouch, Minister for Sport, Tourism & Heritage, urged the industry members in attendance to “take a hard look at what you’re producing” in terms of gambling advertising.

Crouch’s department hinted last year that new advertising restrictions were likely to follow the government’s triennial review of the gambling industry, although the review ultimately stopped short of imposing draconian restrictions based on its failure to find a hard link between gambling promos and problem gambling prevalence.

Despite dodging this bullet, Crouch warned that, despite already strict controls over gambling advertising content and broadcast windows, “it’s still very unpopular” with the general public. Crouch warned operators not to “push the boundaries” of what’s considered responsible marketing.

Crouch also warned operators that it was “really the last chance saloon” for them to meet their recommended 0.1% revenue contribution to the GambleAware responsible gambling charity, or else the government “won’t hesitate to explore alternative avenues including a statutory levy.”

In May, GambleAware announced that its funding had fallen 20% short of its expected target, with some operators contributing as little as 1p to the charity. The charity suggested it was open to some sort of levy system to ensure its funding levels were met, a cause that has since been taken up by the Labour party.

IS GAMBLING INDUSTRY TOXICALLY MASCULINE?
Also speaking on Wednesday, GambleAware chair Kate Lampard had a #MeToo moment when she said the industry could use a “massive change in attitudes” and that the “testosterone needs to make way for enlightened women and men who take a long-term view.”

Lampard (pictured, for some reason holding a guitar) referenced a media interview in which she sharply criticized operators who failed to meet their GambleAware funding targets. Lampard said she received emails from senior industry figures seeking to “fire shots across my bow,” while others contacted the charity’s CEO to inquire, in essence, “who did I think I was and what did I think I was doing?”

Lampard insisted she was no shrinking violet yet admitted being “very surprised by the first impressions this industry offered me.” Noting the industry’s rising tide of bad publicity, she confessed that her experiences to date led her to conclude that the industry “is not wholly undeserving of the flak that it gets.”