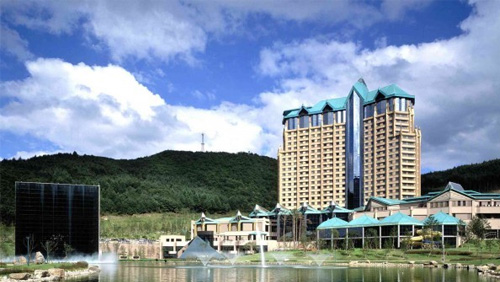 South Korean authorities have arrested the former CEO of casino operator Kangwon Land along with several others on allegations of cronyism.

The Korean Times reported that ex-Kangwon Land CEO Choi Heung-jip was arrested last week on charges of influence peddling in connection with the hiring of certain people at the request of politicians and local bigwigs, including Rep. Yeom Dong-yeol and Rep. Kweon Seong-dong of the conservative Liberty Korea Party.

According to the report, the Chuncheon District Court in Gangwon Province cited the risk of destruction of evidence for ordering Choi’s arrest last week.

The court also ordered the arrest of a certain Park, who was said to be Yeom’s 45-year-old secretary and was accused of blackmailing a company official who was reportedly not cooperating with them.

Records show that Choi’s arrest stemmed from Kangwon Land’s recent admission that it gave jobs to hundreds of people based on their political connections. The scandal, which rocked the governing Democratic Party, was dubbed “Kangwon Land Gate.”

The story goes that Kweon’s former secretary, only identified in local news reports as Kim, bagged a managerial-level job for checking water quality at the casino after the politician pulled some strings inside Kangwon.

Kangwon reportedly had a list of applicants – 33 job seekers to be exact – but Choi ordered officials to hire Kim. Choi declined to comment on the issue as he exited the court following the decision, according to several media outlets.

The casino operator, for its part, issued an apology after the scandal broke in September, saying: “A thing of the past is tarnishing the image of Kangwon Land, which has been trying hard to improve its transparency in recent years… It breaks the hearts of all employees and we are very sorry.”

Kangwon Land is the only South Korean casino where locals can legally gamble. Last month, the venue reported that its profits for the nine-months ending September 30 were down by more than 8 percent to KRW 359.2 billion (US$330.5 million).