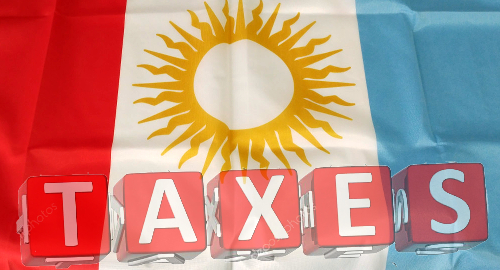 Argentina appears to be mirroring the United States’ approach to regulating online gambling, with individual states taking the lead due to federal inaction.

On Monday, Argentine media outlet La Voz quoted Osvaldo Giordano, finance minister in the central province of Córdoba, saying that the provincial government would begin taxing online gambling activity in January 2018. The government plans to include the measure in the Budget Law debate that commences this week.

Giordano said the plan is to impose a 10.5% on customer deposits, with credit card companies acting as the collection agents. The government expects to raise ARS 75m (US $4.3m) from this activity in 2018, which Giordano admits is “not an important amount, but we are going to set a precedent.”

The budget doesn’t make too many exceptions as to what forms of online gambling it plans to tax, specifically mentioning sports betting, slots and pretty much every type of casino table game, going as far as to finish off its list with the word ‘etc.’

Giordano didn’t clarify whether Cordoba planned to issue online gambling licenses, and also didn’t specify how credit card companies were to ensure that customers and gambling sites weren’t colluding to evade what will be seen as a thoroughly unwelcome deduction from players’ bankrolls.

Cordoba’s willingness to tolerate online gambling activity mirrors that of the province of Misiones, which is home to both the Miljugadas1.com and Misionbet.com.ar gambling sites, with the latter site operated by the Provincial Institute of Lotteries and Casinos (IPLyC). Both sites have been targeted by prosecutors in Buenos Aires for taking action from punters outside Misiones’ provincial borders.

Argentina’s federal government suggested this summer that it was planning to form an agency that would oversee gambling activity nationwide. The Association of State Lotteries of Argentina (ALEA) strongly rejected this idea, suggesting provincial operators should be left alone to craft interjurisdictional agreements, while retaining the right to block operators in other provinces from conducting business where they’re not welcome.