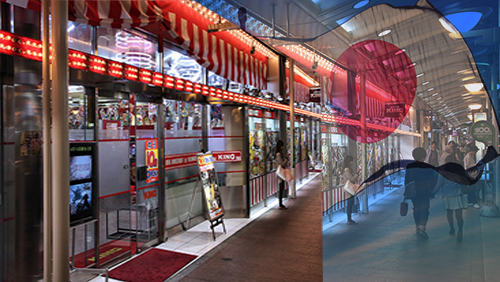 Japanese gambling operators will have to brace themselves for even tighter pachinko market in the coming years, when Japan’s new integrated resorts (IRs) become a reality.

International brokerage Union Gaming made the warning this week as it gave Japanese pachinko hall operator Dynam Japan Holdings Co. Ltd. a “hold” despite the firm’s better-than-expected revenue for the first half of fiscal 2018.

Union Gaming believes that the government is now moving to draw a line between pachinko–which is classified as amusement, not gambling–and the potential upcoming integrated resorts industry.

“The fact that the regulatory body is tightening games again suggests there is an internal government view that the IR bill will become a reality – hence the widening gulf between pachinko and casino gambling regulations,” Union Gaming analyst Grant Govertsen said. “Further, we would expect even greater pachinko tightening in the out years if IRs become a reality.”

Japan amended its game machine regulation and the changes in the law will take effect on February 2018.

Japan passed a law last year to amend the constitution to permit casino gambling in the country.

Union Gaming noted that all new pachinko/pachislot games will have significantly lower volatility, which makes them less like gambling and more like amusement machines.

As at 30 September 2017, the Group operated the largest pachinko hall network in Japan with a total of 450 halls–180 high playing cost and 270 low playing cost–across the country.

“On the flipside, we view Dynam as a better performer relative to the industry as Dynam has long-focused on catering to more casual players with low price point games (i.e. already more focused on the amusement-type player),” Govertsen said. “As such, while the industry might expect annual GGR declines in the high single digits over the next three years we are modeling 5% annual declines for Dynam.”