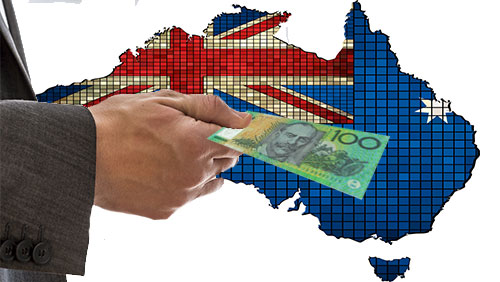 Aussie politicians apparently hit the jackpot as the rivalry between local lottery newsagents and Gibraltar-based online bookmaker Lottoland dragged on for two years.

The Herald Sun reported that Australian lottery giant Tatts Group poured thousands of dollars of donations into the coffers of political parties to ensure their victory against what they described as online “fake lotto” competitors.

Coincidentally, The Herald Sun’s report came out just a week after the Northern Territory government instructed the NT Racing Commission to prohibit Lottoland from accepting bets on Australian-based lotteries.

Citing public political donations records, the report claimed that Tatts Group has dispatched lobbyists to state and federal branches of Liberal and Labor and wooed them with AUD100,000 (US$75,751) in donations.

It would be recalled that Tatts, which operates across the eastern states, has backed local lotteries in their fight against Lottoland.

One Nation senator Pauline Hanson, for instance, allegedly received AUD2,000 worth of “gifts” from Tatts after she called for the ban of Lottoland, according to the report.

Records from Queensland showed that Australia’s Labor party received AUD30,000 in donations from Tatts last year. A supposed source of The Herald Sun claimed that the political party received more of such financial incentives than the previous financial year.

Lottoland felt the heat down under these past few months as state governments blamed the company for dwindling gambling revenues in their jurisdictions.

Lottoland tried to resolve the issue last month by proposing a “world-first partnership model with newsagents,” offering to provide local lottery retailers with 10% of every bet that the company’s 600k Australian customers make with the site.

Lottoland’s proposal would require lottery retailers to opt in to the plan, and for Lottoland customers to ‘nominate’ a specific newsagent as the designated recipient of the 10% kickback.

Australian lottery retailers, however, rejected the online lottery betting operator’s offer which they described as “a further attempt to siphon customers from Australia’s newsagents.”