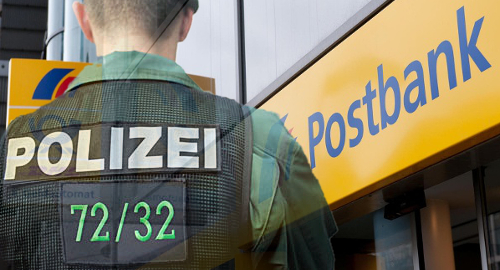 German banks are feeling the heat after documents exposed their willingness to process payments for international online casino operators.

Evidence of the four financial institution’s connections with the online gambling sites came via the release of the so-called Paradise Papers, the latest document dump by the International Consortium of Investigative Journalists (ICIJ) in its ongoing efforts to shine a light on the financial dealings of the world’s 1%.

So far, the banks have issued statements denying that their activities were in violation of current German gambling laws, which prohibit online gambling outside of sports betting.

But the Interior Ministry of the state of Lower Saxony begs to differ, suggesting the banks could be found guilty of facilitating illegal gambling operations, as well as potential money laundering charges, although no one’s so far suggested any such charges are forthcoming.

Among the online operators’ namechecked in discussion of the banks’ activities are Bwin, Tipico, Royal Panda, Casino Club, amid others. Some of these, like Bwin and Tipico, hold online gambling licenses issued by the German state of Schleswig-Holstein, which enacted its own, more liberal licensing regime rather than sign on to the sports-only federal gambling treaty approved by Germany’s other 15 states in 2012.

Germany has targeted international online casino operators in the past by going after these sites’ local customers, but both German and European Union courts have questioned the government’s ability to sanction international sites due to lingering questions over the legality of Germany’s federal betting rules.

Schleswig-Holstein and three other states recently announced that they intended to follow their own path toward online gambling regulation, effectively dooming the revised federal treaty, which was to take effect January 1, 2018, provided it could secure the unanimous consent of all 16 German länder.

Last month, a Federal Administrative Court upheld the constitutionality of Germany’s ban on online casino and poker products, but the German Sports Betting Association (DSWV) was quick to issue a statement saying the court hadn’t given thumbs-up to the government’s original plan to issue 20 sports betting licenses, which only left the country in its current state of limbo.