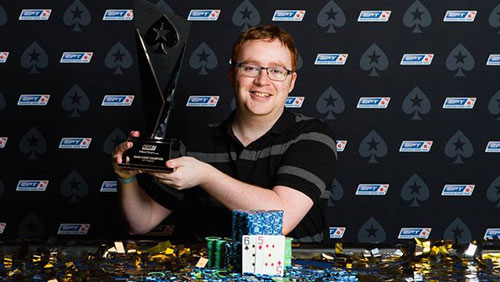 A round-up from the World Series of Poker Europe including Niall Farrell winning the €25,000 High Roller and booking his place in the Triple Crown Club.

I don’t know what they’ve put in the lager in the UK, but we have had two Triple Crown winners in two different formats in a week.

It’s been a crazy two years for the Scotsman.

Farrell battled through a field of 113 entrants to take a seat at a final table containing no less than four former WSOP November Niners, and it would be one of them, Ben Pollak, who he would face heads-up for the bracelet.

The head-up encounter would last 13-hands. A new lucky number for Farrell and a reminder of the superstition for Pollak. In the final hand, the two players picked up an ace and went with it. Farrell was fortunate that his kicker was bigger, and now joins Mohsin Charania and Harrison Gimbel as the third person to claim a Triple Crown this year.

THE COLOSSUS is a working class dream.

The ability to turn €550 into a life changing sum of money attracted 4,115 entrants to the tables of the first COLOSSUS held outside of the World Series of Poker (WSOP) in Las Vegas, clearing the hurdle of the $2m guarantee, just.

Inexperienced live tournament players littered the final table with only Makarios Avramidis from Greece coming into the finale with any hint of success after winning a bracelet the last time the World Series of Poker Europe (WSOPE) hit this continent in Berlin, 2015.

Skorepa began his heads-up clash with the Austrian Florian Fuchs with a 3:1 chip lead and hardly lost a pot on his way to an easy victory. Winning a bracelet was a monumental occasion for Skorepa whose previous best score was $8,220 for an 18th place finish in the partypoker German Poker Championships in the King’s Casino in August.

Players from the Czech Republic have now won 50% of the bracelets in play up until this point in proceedings.

Billy Chattaway on getting so close to WSOPE Gold
Paul Seaton
23 October 2019
.