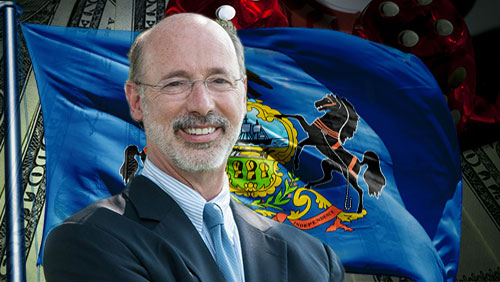 The first million that went into the state coffers came from Valley Forge Casino, according to The Associated Press.

Valley Forge reportedly paid a $1 million fee in order to ease the gambling restrictions imposed on people who aren’t taking part in other amenities there.

Before the new gambling law was enacted, the casino floor of Valley Forge was limited only to guests, membership holders and patrons. The limits were set by the facility’s “resort” category license.

This limitation, however, was taken away from the state’s two licensed resort casinos

On its website, Valley Forge invited people from all walks of life to visit its establishment since it is now open to the public at no extra cost.

Republican and Democratic legislators had set aside their political differences to approve a bill to extend casino-style gambling to truck stops, online portals and airports, and to allow 10 new mini-casinos to open in the state.

Gov. Wolf expressed support for the legislation as a means of plugging the state’s budget hole. On Monday, the Pennsylvania governor approved his state becoming the fourth in the land to permit legal online gambling.

Many analysts are seeing the developments in Pennsylvania as a sign that the US is slowly loosening its betting laws – except outgoing Paddy Power Betfair Chief Executive Breon Corcoran.

The Irish Examiner reported that Corcoran doubts the U.S. market will dramatically accelerate its liberalization of gambling in the wake of Pennsylvania’s new gambling law.

He doused speculations that the British bookmaker would double its bet in the US, which currently consists of its TVG online horse racing outlet, daily fantasy sports operator DRAFT and a New Jersey-licensed online casino.

For now, PPB Chief Financial Officer Alex Gersh said the company is closely watching the developments in the US and is ready to jump into the market if proven wrong.