Home / Business / Roger Snow: the gambling industry must watch out for its own white walkers 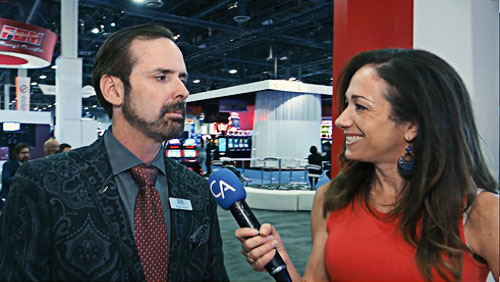 In this interview with CalvinAyre.com’s Becky Liggero, Roger Snow of Scientific Games explains why the events in the gaming industry and the popular TV series Game of Thrones are somehow alike.

Westeros, a world created out of novelist George RR Martin’s imagination, is nothing like the place we live in at the moment. There are no flying dragons and white walkers that may threaten the peace and stability of nations.

Yes, there are cases of politicians getting killed by rivals but definitely not as bloody and a lot less frequently than the events shown in the popular HBO television series.

Despite all of these differences, Roger Snow of Scientific Games sees Game of Thrones as an apt metaphor for business in general.

“If you watch the show, all the families are fighting each other. But while they’re doing that, they’re ignoring the menace that is coming to kill them all,” Snow, who admits to be a fan of the TV show, told CalvinAyre.com. “In Game of Thrones, that’s called the white walkers. I draw a comparison to our industry where we are competing with other suppliers, yet there is a menace descending upon us as well.”

In the real world, Snow stressed that it is not the white walkers that are going to kill the gambling business but time and ever-changing game trends.

He noticed that casinos, which were considered revenue juggernauts in the previous years, are now being challenged by newer offerings. Operators, however, fail to see the biggest threat advancing towards them because they tend to focus on the petty things.

“Casinos used to encompass a large percentage of revenue and now it is kind of flipping. There is so much competition out there with nightclubs, day clubs, DJs, restaurants. We can ignore this, otherwise we’ll end up like those people in Game of Thrones,” Snow said. “Our company is doing a lot. We have lots of stuff in our booth to create an environment where people would love to come in to and play games. In some cases, not even play traditional casino games. Skill-based gaming, there’s so much stuff that we are working on. It’s not just us, but the entire industry.”

Right now, Snow said Scientific Games is focusing on answering the demands of newer players to stay ahead of the business curve.

These players, according to Snow, are getting more inclined toward skills-based gaming.

“If you do research what younger players want, skill is part of it. There are a lot of things but skill is one of those elements,” he said. “So, there are companies who are exclusively dedicated to creating skill-based games. But every major slot casino, slot gaming manufacturer are delving into this as well.”