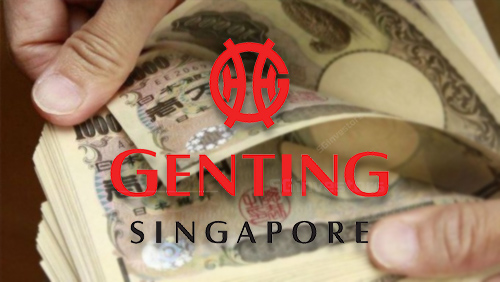 Proceeds of the yen-denominated bonds, which is at a coupon of 0.669 percent, will be used to ramp up its war chest when the bidding for a Japanese casino license begins, Genting said in a disclosure to the Singapore Stock Exchange.

International credit debt watchers Moody’s Investors Service and Fitch Ratings Inc. rated Genting Singapore’s Samurai Bonds at A3/A-  and the bonds are expected to earn a A from R&I.

Genting Singapore, the subsidiary of Malaysian conglomerate Genting Bhd that operates the Resorts World Sentosa integrated resort in Singapore, is hoping to take a piece of Japan’s casino industry pie. It abandoned its casino joint venture on South Korea’s Jeju Island to focus its energy on a possible integrated resort license application in Japan.

In its note last month, Fitch estimated that a Japanese casino market could generate annual gross gaming revenues of between US$6 billion and US$9 billion, depending on the number of permits, and the “physical footprint” of the venues.

It was also in September when Genting Singapore announced that it had opened a branch office in Tokyo as Japan prepares to open its doors to big casino industry players.

But Genting isn’t the only one hoping to bag the much coveted license from Japan.

Las Vegas Sands, which operates Singapore’s Marina Bay Sands, is once again competing for a Japanese license with Genting. Sands announced that it plans to build a Japanese integrated resort that is bigger than its facility in Singapore.

MGM, on the other hand, announced the appointment of a former US envoy to Japan Jason Hyland as the head of its unit in the island nation. The casino operator is banking on Hyland’s deep understanding of the Asian country for its planned integrated resort.