Casino operator Genting Singapore PLC has issued Samurai bonds as it prepares for the looming casino license showdown in Japan. 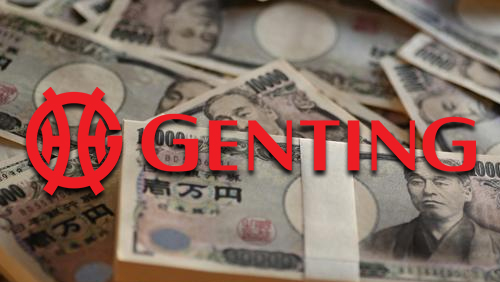 Reuters reported that Genting Singapore will issue yen-denominated bonds in three tranches. The company set the pricing of the bonds on a three-year fixed tranche at yen offer-side swaps plus 45bp-55bp; five-year at plus 55bp-65bp; plus 75bp-85bp on the seventh year.

International ratings agencies Moody’s Investors Service and Fitch Ratings gave Genting Singapore A3/A- ratings while the Samurai bonds are expected to reap an A from Rating and Investment.

The company tapped SMBC Niko as the sole bookrunner and it plans to put the pricing out as early as October 18.

Genting Singapore, the subsidiary of Malaysian conglomerate Genting Bhd that operates the Resorts World Sentosa integrated resort in Singapore, is hoping to take a piece of Japan’s casino industry pie.

In September, Genting Singapore announced that it had opened a branch office in Tokyo as Japan prepares to open its doors to big casino industry players.

Speaking of credit debt watchers, Moody’s and Fitch gave Genting Bhd a vote of confidence by affirming its positive ratings with stable outlooks.

Fitch said in a note on Monday that it is retaining its A- rating with a “stable” outlook for Genting as its gaming operations in Malaysia and Singapore remain strong and vibrant. The ratings agency expressed optimism that Genting will reap higher earnings going forward.

“Genting’s ratings reflect its monopoly gaming-market position in Malaysia and robust share of around 35 percent in Singapore’s duopolistic market,” said the institution. “Its leisure and hospitality business in these countries together accounts for over 80 percent of consolidated EBITDA [earnings before interest, taxations, depreciation and amortisation],” Fitch added.

Moody’s, on the other hand, retained the issuer ratings of Genting Overseas Holdings Ltd (GOHL) and GOHL Capital Ltd with a stable outlook.

GOHL is a unit of Genting BHD involved in gaming, leisure & hospitality, plantations, power, and oil and gas exploration. It holds a majority stake in Genting Singapore.