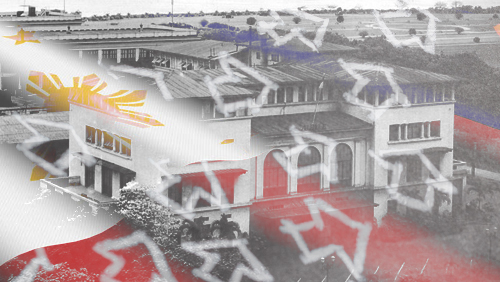 An anti-corruption watchdog will fight tooth-and-nail at the Philippine Supreme Court against plans to convert the historic Army and Navy Club into a casino gaming facility and a five-star boutique hotel.

The Volunteers Against Crime and Corruption (VACC) group is planning to elevate the Army-Navy conversion issue before the Supreme Court after the appellate court junked their petition, according to GMA News Network.

In its resolution, the Court of Appeals dismissed the case after the court found that the group violated the principle of hierarchy of courts.

“The hierarchy of courts serves as a general determinant of the appropriate forum for appeals and petitions for extraordinary writs. The principle, as a rule, requires that recourse must be first made to the lower-ranked court exercising concurrent jurisdiction with a higher court,” the CA said.

But instead taking no for an answer, VACC founding chairman Dante Jimenez will bring the issue to the high tribunal as the group vowed to fight “until the last breath of exhausting the legal process.”

They insisted that the case it filed against Oceanville, Vanderwood, the Manila City government, Philippine Amusement and Gaming Corporation, and the National Historical Commission of the Philippines “has yet to attain finality.”

He said that they will bring the issue all the way to SC to ensure the preservation and protection of the nation’s historical and cultural heritage.

Records show PAGCOR started to look for another casino site as early as 2014 in anticipation of the impending expiration by end-2015 of its lease with Manila Pavilion. The divorce between PAGCOR and Manila Pavilion ended in a bitter court battle.

The Manila government entered into a lease contract with Oceanville for 25 years. The contract also allows Oceanville to sublease any part of the Army and Navy Club.

Oceanville secured the approval of the NHCP to renovate and restore the facility as a boutique hotel, a plan that was also approved by the city government. Oceanville then entered into a memorandum of agreement with Vanderwood for the sublease of a portion of the facility for 20 years from November 2014 to November 2034.

Oceanville is now in the process of restoring and developing the ANC – which was leased by the Manila City Hall – into a world-class heritage boutique-style hotel. But the construction of the casino faced several delays due to left and right black propaganda and law suits.