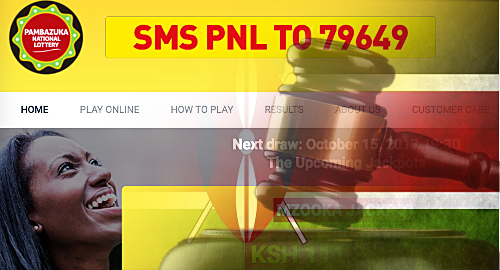 A Kenyan lottery operator has sued the government over its plans to hike gambling taxes by 35% starting next year.

On Thursday, Business Daily Africa reported that the Pambazuka National Lottery (PNL) had filed a High Court lawsuit against Kenya’s Betting Control and Licensing Board, the National Assembly, the Kenya Revenue Authority Commissioner-General and the Attorney General over the gambling tax hikes approved earlier this year.

PNL’s lawsuit claims the tax hikes – which replaced variable tax rates on betting, gaming, lottery and sweepstakes operators with a uniform 35% rate – were unconstitutional, in that parliament approved them as part of a national budget, not standalone legislation, which would have required greater public input.

The tax hike is set to take effect on January 1, 2018 and PNL’s lawyers claim that PNL and other Kenyan gambling operators “will likely suffer closure as well as collapse” if the Court doesn’t act before that date.

PNL isn’t the first Kenyan firm to challenge the tax hike in court. In April, sports betting operator Sportpesa filed its own lawsuit against the government’s original plan, which would have seen the gambling tax hiked to 50%. For what it’s worth, Sportpesa is a PNL partner and PNL products are available via Sportpesa’s website.

Complicating matters, Kenya is enduring some serious political upheaval at the moment, as the country is headed into a presidential election on October 26 – the second such national poll in less than three months – after the country’s supreme court nullified President Uhuru Kenyatta’s August victory due to electoral ‘irregularities.’

Opposition leader Raila Odinga is boycotting the upcoming vote due to suspicions that it will be subject to similar irregularities and has called for public protests to force changes to the country’s electoral commission.

SPORTPESA URGES SPORTS STAKEHOLDERS TO TAKE ACTION
Meanwhile, SportPesa launched a new campaign this week intended to boost Kenya’s sports profile on the world stage. The new ‘Tujiamini’ campaign urges stakeholders at all levels to do what they can to help bring the local sports ecosystem up to global standards.

On hand for this week’s campaign launch was SportPesa CEO Ronald Karauri, who said Kenya had “a proud sporting history” thanks to athletes that had brought glory to the nation in international competitions. Karauri challenged sports stakeholders, including himself, on whether they were “doing enough to uphold this legacy.”

Karauri’s words stand in stark contrast to his warnings this June that SportPesa would likely be forced to scrap its many sponsorship deals with local sports bodies as of January 1 due to the financial hardships the new betting tax would impose on his company. It remains to be seen whether this week’s campaign represents a sober rethink of the original plan, or a reminder of what the nation’s sporting world stands to lose.