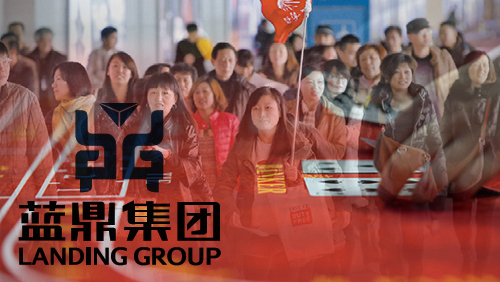 Hong Kong-listed casino operator Landing International Development Ltd. is wooing tourists from nearby regional markets as the number of Chinese tourists thins due to the ongoing political row between Seoul and Beijing.

The move, according to Landing COO Jay Lee Poh Yee, will serve as a buffer to the downturn of Chinese tourists going to its foreigner-only Jeju Shinhwa World resort.

It would be recalled that Beijing barred mainland tourist groups from visiting South Korea over what analysts described as an “escalating economic retaliation” against the deployment of a U.S. missile system on South Korean territory.

“We don’t solely focus on China, but the regional markets from Japan, South Korea, Hong Kong, Taiwan to Southeast Asia,” Lee said in an exclusive interview with the news agency. “At least half of our visitors will be domestic-driven.”

To attract regional and domestic tourists to Jeju Shinhwa, the company opened the Shinhwa theme park on Saturday. The theme park is located next to the first Marriott Hotel, which will house the casino.

Lee touted the theme park as the project “that will change the face of Jeju” since there’s a “shortage of a world-class theme parks.”

Landing marked the opening of the theme park with the screening of popular Korean animation Rotary Park at a 4D theatre to showcase a collaboration with local animation company TUBAn.

“Gaming and non-gaming will contribute half/half of the revenue,” Lee said.

Analysts, however, doubt whether the regional tourists will be able to fill the empty VIP chairs in the integrated resort. Domestic tourists aren’t allowed to play games in foreigner-only casinos.

“Just like Jeju, it also has a strong domestic market, people have the propensity to spend, but the product is not good, there’s a gap for us to fill,” Lee said.