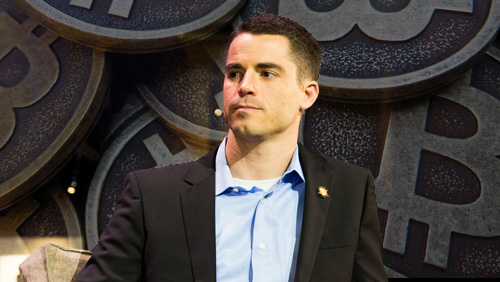 Even amid the challenges it is facing today, the future of Bitcoin is looking brighter than ever before, according to early investor Roger Ver.

In an interview with Bloomberg TV, the man—who people refer to as the “Bitcoin Jesus”—is confident that the cryptocurrency is only a few years away from critical mass adoption and usage as money.

“The overall trend is definitely up. If you have two forms of money, one that’s incredibly useful and fast and easy to send and receive and you don’t have to beg for permission to be able to use and you have traditional legacy forms of money where you have to ask politicians for permission to use and your accounts can be frozen, it’s clear which one people are going to start to use,” Ver said.

Bitcoin has been embroiled in many controversies and debates, the most heated of which has been on whether the blockchain size limit should be increased or not. This debate has resulted in a group of miners forking from the main blockchain with the creation of Bitcoin Cash last August 1. And with Bitcoin looking more likely to splinter off (again) in November, Ver isn’t planning on putting all of his coins in one chain.

“I’ve slowly been moving some of my funds into Bitcoin Cash,” he said. “There’s probably going to be another split between the Bitcoin legacy and Segwit2x version of bitcoin, but from my point of view that just gives me more coins that I can sell for the Bitcoin Cash version.”

Despite being a new coin in the market, Ver said he is a fan of Bitcoin Cash, which he believes is much more in line with the original version of Bitcoin.”

“[Bitcoin Cash] I think is the most useful one because it has limited supply just like all the other, but you can move it faster and cheaper than any of the other ones in the world,” he said. “Bitcoin Cash is only been around a month and a week now, whereas the legacy version of Bitcoin has nine years’ worth of infrastructure built up behind it. So that fact that Bitcoin Cash is the third biggest cryptocoin in the entire ecosystem after five weeks is a pretty darn amazing start.”