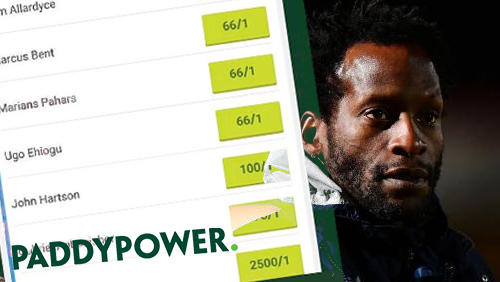 Irish bookmaker Paddy Power has issued an apology for “erroniously” including the name of a dead ex-footballer in the adverised odds on the possible replacement of former Birmingham City manager Harry Redknapp.

Paddy Power found itself in damage control after yet another social media firestorm for allowing players to bet on the former Aston Villa and England defender Ugo Ehiogu taking charge of Birmingham City, according to The Guardian.

Ehiogu passed away last April 20 after succumbing to a cardiac arrest at Tottenham’s training ground, where he worked as a coach with their under-23 side.

Minutes after the betting list was released, football fans raised hell on the Irish bookmaker.

“Sick” was how some angry punters described Ehiogu’s inclusion on Paddy Power’s odds while others found it to be in “pretty poor taste.”

Paddy Power pointed out that customers had been able to put money on Ehiogu for “less than five minutes” before the dead footballer’s name was taken down.

In a statement, Paddy Power said it “was a genuine error, a trader re-used an old market as a template for this one, and didn’t notice that Mr Ehiogu was included.”

“Obviously, that was a mistake, one which was rectified as soon as it was spotted, within minutes,” the firm added.

This is the second time that Paddy Power found itself in a social media controversy this year.

Three weeks ago, Paddy Power grabbed people’s attention with what some described as a racist explanation on why it decided to pay out on Mayweather against their countryman McGregor.

The Irish bookmaker tweeted an advertisement that read: “Always bet on black. We’ve paid out early on a Mayweather victory. Because we checked: only one of them is a boxer.”