A dead fantasy sports bill is coming back to life in the state of Wisconsin. 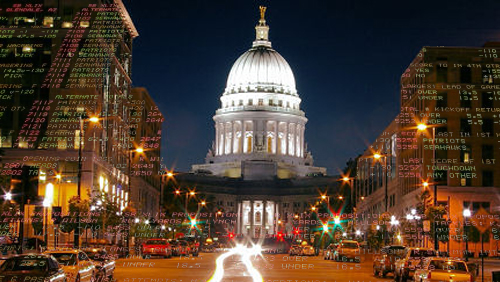 The Wisconsin Public Radio reported that the state congress has revived debates on whether to legalize daily fantasy sports (DFS) in Wisconsin.

Led by proponent State Rep. Tyler Vorpagel, the debate centered on whether DFS should be considered a game of chance or a game of skill. He filed a bill seeking to legalize and regulate DFS in Wisconsin for the second time.

Vorpagel argued that DFS cannot be a game of chance since it requires sports knowledge beyond luck alone. The representative from Plymouth, Wisconsin has been a staunch DFS supporter, to the point of admitting that he plays the game.

“I see this as something that’s currently happening in practice and just want to make sure that people’s ability to keep doing something they enjoy doing is out there,” he said, according to the news report.

Since DFS is neither banned nor legal in the state, Vorpagel contends that many of its residents could access these DFS websites online. The state’s current law doesn’t explicitly address the legality of DFS.

This concern, according to Vorpagel, was the reason why he had been pushing for the regulation of DFS in the state.

Lorri Pickens, executive director of Citizens Against Expanded Gambling, however, expressed concern over the impact of DFS on teenagers, claiming that the game is aimed at younger demographics.

“When you look at brick and mortar gambling, the youth do not do that,” Pickens said. “They don’t go into a casino physically and play poker, but they’re very inclined to do things online. The industry does know this. This is their future.”

Should Vorpagel be successful in his crusade, operators will now be required to register their business with the state Department of Financial Institutions, conduct audits and prohibit employees from participating in the games.