Did the St. Louis Cardinals put their season at risk by visiting a casino? That’s what many in the baseball community are trying to figure out, and thanks to strict safety guidelines at a Milwaulkee area casino, it appears we have the answer.

The controversy started because Jerry Hairston Jr., put out speculation on Twitter that the Miami Marlins had gotten sick by going to the club, and the Cardinals had contracted Covid-19 by visiting a casino.

Never named names, which city or which casino. Even had question mark after casino in my tweet from what I heard from reliable sources. @JonHeyman confirmed. Cards said got it from outside. President said it could’ve been store or Bar. Hope everyone gets healthy/back on the field pic.twitter.com/jZOZQie14p

Online pundits and journalists quickly denounced the comment, noting it didn’t have a lick of evidence, but that didn’t put out the fire that Hairston had started. 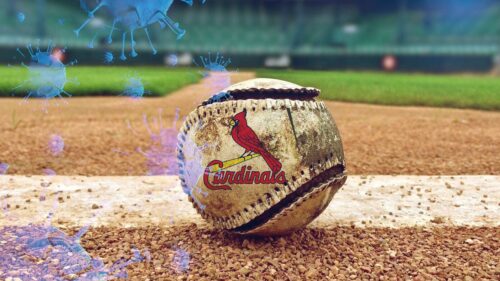 That’s where the St. Louis Dispatch comes in. The outlet checked in with Milwaulkee’s Potawatomi Hotel & Casino, the location players would have most likely visited, and asked a spokesperson if there were any evidence Cardinals players had been to there.

As the casino is currently only accepting members through reservation, or if they have an existing membership, the spokesperson quickly reviewed all visitors who went there on the day in question and determined no Cardinals were part of the group.

The Cardinals also deny that any member of the team has been proven to have gone to the casino. “I have no factual reason to believe that is true and I have not seen any proof of that,” said John Mozeliak, president of baseball operations, when asked directly by the Post-Dispatch about the casino report.

It’s not clear at this point where the Cardinals could have contracted the virus. Mozeliak admitted that players were not “locked in their rooms” until positive tests were found, and players had been out golfing and some to a Nelly concert, but that all precautions were taken.

Manager Mike Shildt said he believes someone got the virus while the team was still in St. Louis, likely from an outside source, and the multiple positive tests were a result of the team traveling together to Milwaulkee and Minneapolis. “I think reports to that are pretty irresponsible, quite honestly,” he said. “The fact of the matter is somebody got it, asymptomatic, brought it into the clubhouse.”

Although players visiting the casino is always going to be a cause for controversy, at least in this case, all evidence points to the event never happening, and the casino could have possibly been the safest place for them to visit.