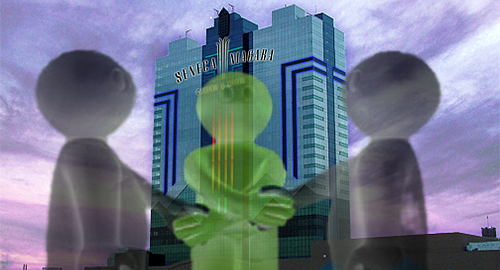 New York’s governor has unleashed his lawyers in the hope of bringing a speedy end to the state’s casino dispute with the Seneca Nation of Indians.

On Thursday, attorneys acting under orders of Gov. Andrew Cuomo filed papers demanding a binding arbitration process to resolve the dispute with the tribe, which is withholding revenue-sharing payments based, at least in part, on its belief that the state has violated the terms of its gaming compact.

This spring, the Senecas began withholding the state’s 25% share of slot machine revenue from the tribe’s three upstate casinos. The tribe believes the December 31, 2016 expiry of the initial 14-year term of its compact entitles it to halt the payments. The tribe is also pissed that the state recently authorized three new commercial casino operations, including the del Lago Resort & Casino in Seneca county, which opened this February.

The state has rubbished the tribe’s concerns, and Cuomo recently threatened to authorize a new commercial casino in Niagara Falls to compete with the tribe’s most profitable casino if the tribe didn’t resume the payments, which amount to around $100m per year and are shared between the state and the casinos’ host communities.

The filing by the state’s attorneys argues that the compact was automatically renewed last December 31 for an additional seven years because neither party filed any objections as to how the compact’s terms were being observed. As such, having stopped the revenue sharing payments, “the answer is clear; The Nation has breached the compact.”

The filing further slams the Senecas for seeking “to retain the benefits of the compact, including exclusivity, but not the obligation to pay for them.” The compact isn’t a Chinese menu, and the tribe “cannot pick and choose the terms that are renewed.”

The arbitration process calls on the state and the tribe to each select one champion to make their respective arguments, with a third arbiter to be jointly selected. This three-person panel’s decision is binding, but the outcome can be appealed to a federal court in Buffalo.