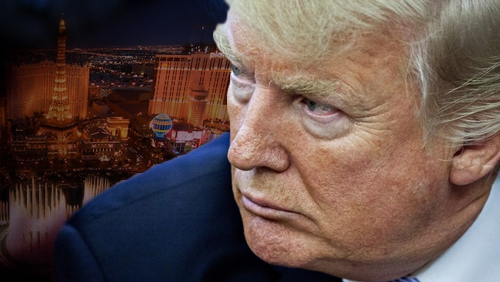 MGM and Caesars made the call just days after the Trump administration announced that it will rescind protections for young people brought to the US illegally as children.

The Deferred Action for Childhood Arrival program, or DACA, is a federal government initiative created in 2012 under President Barack Obama to allow people brought to the US illegally as children the temporary right to live, study and work legally in America.

According to the Las Vegas Review Journal, both casino operators are bracing themselves for the end of this policy, given that many of these immigrants are working in some of the state’s leading casinos.

“Caesars Entertainment has DACA employees, and as is the case for all of our immigrant employees, we support their efforts to become U.S. citizens,” Richard Broome, executive vice president of public affairs and communications of Caesars, said, according to the news report. “The company also continues to support comprehensive immigration reform.”

“We urge Congress to move quickly to address this so that the young people affected have stability for their future,” MGM said in a statement.

Both Caesars and MGM said that they still don’t know the exact number of employees that could be affected by the winding down of DACA.

Meanwhile, the 57,000-strong Culinary Union, which represents bartenders and cocktail and food servers, appealed to employers to stand behind their immigrant laborers.

“We call on our Las Vegas employers on the Las Vegas Strip and in downtown Las Vegas to stand with your workforce and to not let this immoral decision pass quietly,” it said.