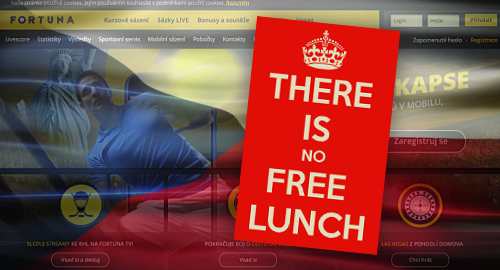 The earnings slide was the hangover of FEG’s recent pricey acquisitions of the Romanian, Croatian and Spanish betting operations of the Hattrick Sports Group and the Fortbet brands. FEG CEO Per Widerström claimed that if the one-off costs of acquiring and integrating these operations were absent, FEG’s H1 earnings would have risen 8% year-on-year.

Apart from the acquisitions, the company credited its online gambling operations as the main engine of H1’s growth. In February, FEG launched its new online gambling site in its biggest market, the Czech Republic, which formally ushered in a new online licensing regime this year.

While the Czech government has hailed its new source of online revenue, the enthusiasm isn’t shared by many international operators, who find fault with the regime’s stiff tax rates and in-person customer registration requirements. But the situation is going to get even worse now that the government has imposed curbs on online bonuses and free bet promotions.

Late last week, the Czech Ministry of Finance issued a document detailing the “legal nature of the individual transactions provided in connection with the operation of gambling.” The Ministry appears to have been motivated by fears that operators’ promotional come-ons will induce gamblers to sink to new depths of depravity, and thus these inducements must be curtailed.

The full details can be found here (in Czech language) but suffice it to say, further constraints on what many operators already viewed as an unpalatable market aren’t going to make a Czech online license any more attractive.

Free bets are coming under closer scrutiny in other jurisdictions, including the UK, which announced last year that the General Betting Duty would now apply to online free bets. These provisions were removed from the Finance Bill 2017 this spring but were reinstated following this summer’s general election and are expected to be confirmed when parliament reconvenes in September. Assuming that happens, the new tax will be applied retroactively to August 1.