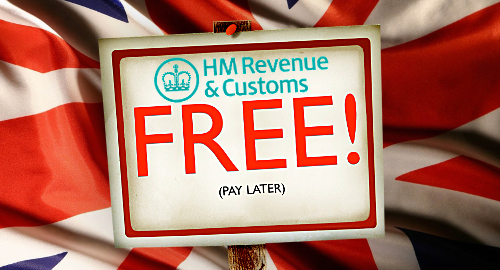 UK online gambling operators caught a break this week after the government decided to revise its plan to tax online casino and bingo freeplays.

In March, Chancellor George Osborne announced the end of the exemption that online casino and bingo operators had enjoyed from the 15% general betting duty imposed on free or discounted online sports or race bets. The change is due to take effect on August 1, 2017.

Operators were up in arms over the plan, coming as it did on top of the 2014 imposition of the 15% online point of consumption tax on gambling revenue. Bookmakers with retail betting operations also saw their Machine Games Duty increase from 20% to 25% that year.

On Monday, Her Majesty’s Revenue & Customs (HMRC) released the summary of its technical consultation with online operators regarding the free play tax. The consultation received 10 responses from online operators, three from advisors or tax representatives, and one from the Remote Gambling Association (RGA).

The question that received the most responses was whether the draft legislation would deliver the intended policy effect or if operators foresaw any unintended consequences.

The consensus response involved freeplay offers that include re-wagering requirements which require customers to play through their winnings to a pre-determined value or multiple before being allowed to withdraw these winnings.

Under the draft legislation, freeplays subject to re-wagering requirements are treated as taxable gaming payments each time they’re played, while winnings that accumulate during re-wagering can’t be deducted from the tax calculation until the player has met the rollover requirements and is allowed to withdraw the winnings.

Operators insist that taxing all freeplays in the same manner would impose an “unacceptably high tax burden that could severely damage the market.” This would not only impact existing operators but also limit the ability of new market entrants to gain a foothold through freeplay marketing.

After sorting through the responses, HMRC said it had decided that it could realize its objective of harmonizing the online freeplay regime by “taxing the first use of freeplays only” and winnings will “only be brought into the duty calculation at the end of the re-wagering process.”

Operators also sought to push back the August 2017 timeline for the new changes to take effect but HMRC said the changes it had made following the consultation made the timeline “reasonable,” so operators should quit while they’re ahead.