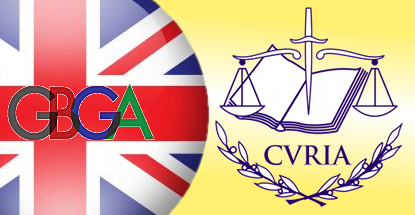 The UK implemented its 15% POCT last December, shortly after the Gibraltar Betting and Gaming Association (GBGA) launched a preemptive legal challenge. The GBGA believes the POCT discriminates against Gibraltar-licensed UK-facing operators and was primarily intended to boost the UK government’s tax coffers, rather than to protect UK punters from alleged harm.

On Tuesday, the UK’s High Court sided with the GBGA, announcing that it was sending the case to the Court of Justice for the European Union (CJEU). The High Court said the case raised a number of issues related to European Union law that would be best decided by the CJEU.

In issuing the High Court’s ruling, Lord Justice Charles agreed with the GBGA that the POCT was potentially in violation of Article 56 of the Treaty of the Functioning of the European Union (TFEU), which prohibits restrictions on the movement of goods and services between EU member states, unless said restrictions are intended to protect consumers.

The GBGA had challenged the UK government’s rationale behind the decision to introduce the POCT, arguing that the UK had failed to demonstrate any instances of Gibraltar-licensed operators operating in a manner that inflicted undue harm on UK punters.

GBGA CEO Peter Howitt celebrated Tuesday’s ruling, saying it was “quite correct that [the case] should be determined by the European Court rather than within the country that has created this unfair position.”

Should the CJEU rule that the POCT is incompatible with EU law, the UK government would be required to scrap the tax and refund the hundreds of millions of pounds it will have collected. A spokesperson for the UK’s revenue agency expressed confidence that the POCT would triumph at the CJEU, saying the High Court’s judgment “has not found against any aspects of the UK gambling tax regime.”

Since its implementation, the POCT has taken a serious bite out of UK-licensed operators’ earnings. In April, William Hill said the POCT and the increased Machine Games Duty had combined to cut £20m off the company’s Q1 bottom line. In June, Betfair said the POCT had cut £19.2m from its fiscal 2015 results, despite only being in force for five months.