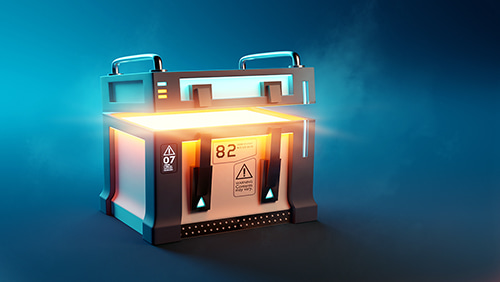 According to some UK lawmakers and gaming regulators, as well as those in certain other countries, loot boxes found in video games are a form of gambling. It is a topic that has been hotly debated the past couple of years, and there is still no global consensus on how they should be classified. However, a report just released by a research agency for the European Union (EU) could clarify the situation and potentially lead to video game developers scrapping loot boxes completely.

The EU committee on Internal Market and Consumer Protection (IMCO) took a look at loot boxes found in certain online video games and how they impact younger consumers. The report (in pdf), which was sanctioned by the EU, is said to be the most comprehensive investigation into loot boxes by any research agency in the union, and explored things like the design of the offerings, how they attract gamers and how they’re monetized. It was prepared as a result of the ongoing dispute over whether or not the loot boxes are a type of gambling and if they were turning video gamers into gambling addicts.

To provide its results, the IMCO looked specifically at things like how the loot boxes are accessed, how much they cost, transparency in the odds of securing certain video game items and the type and value of content offered. The committee emphasized that the offerings have their own category, and do not share the same characteristics as other rewards that can be achieved through actions such as watching in-game ads or exchanging data.

The IMCO reached a conclusion that will be bittersweet for gamers and video game developers. It explains, “Research on the behavioural effects of loot boxes exists but more is needed to provide robust and conclusive findings. Some research has found that problem gambling and paying for loot boxes are related. However, there is no consensus on a causal link between loot boxes and harmful behaviour.”

In other words, as has already been reiterated time and again, loot boxes don’t make gamers go haywire and want to spend their life savings collecting the in-game items. However, regulators and lawmakers who oppose loot boxes will ignore that part of the report and focus only on the first part of that statement.

Fortunately, the report also indicates that the EU cannot establish blanket rules governing loot boxes, or other potential gambling activities, as these have to be determined by each member state. However, since many EU countries have agreed to classify the offerings as gambling, they can always collude to create standardized regulations. Were that to happen, developers would almost certainly decide to delete the option from all video games, deciding the reward doesn’t outweigh the cost.

That possible collusion was suggested by the IMCO in its report. It explains, “In this domain, the European Union has the discretion to act through a broad range of means, ranging from non-binding recommendations to mandatory legislation. The effectiveness of existing initiatives, for example the provision of information about video game content and purchase systems to consumers, making parental control tools available and accessible, and raising awareness among players about problematic game design, should be verified. This could be done, for example, through consumer testing. Based on such an assessment, the European Union could take steps to complement and strengthen the protection of (young) players.”