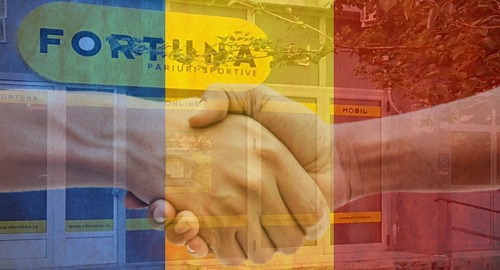 Fortbet is a subsidiary of Penta Investment Group, Fortuna’s majority shareholder. In 2015, Fortuna inked a licensing deal with Penta that allowed Bet Active Concept and Bet Zone to use the Fortuna brand in Romania.

Fortuna says the acquisition’s share purchase agreement is still being finalized but expects the purchase price will come in around €47m, of which around €15m will be deferred for up to 48 months. Fortuna said the price tag was supported by a third-party evaluation. Fortuna has also promised to refinance around €3m of Fortbet’s loans.

Fortuna plans to finance the acquisition through a combination of cash on hand and bank loans. The acquisition, which Fortuna hopes to close in Q2, will be subject to approval by Fortuna shareholders.

Fortuna says the acquisition is intended to solidify the company’s presence in the Romanian market, coming just weeks after Fortuna announced a €135m deal to acquire Hattrick Sports, which controls Romania’s leading betting brand Casa Pariurilor. That deal alone made Fortuna the number one retail betting operator in Romania, while also expanding its operations into Croatia.

Fortuna also announced that its management and supervisory boards have approved the financing for its Romanian acquisitions and refinancing of existing loans totaling €160m.

Fortuna’s annual earnings report for 2016 showed the company holding a 31% share of the Czech retail and online betting market, a 33% share of Poland’s betting market and a 35% share in Slovakia. However, new Czech gambling taxes and rising costs pushed the company’s 2016 earnings down 18.5% year-on-year.