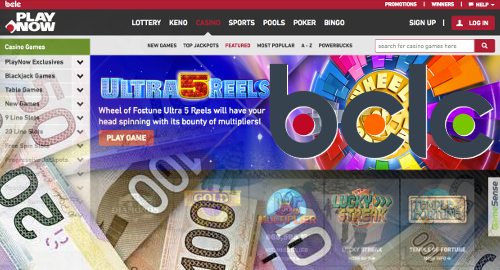 Revenue hit a record C$3.14b, a C$42m improvement over the previous year. The Crown Corporation credited the gains to “innovation and capitalizing on strategic investments in our slots offerings in casino and online.”

BCLC’s PlayNow.com gambling site contributed revenue of C$157.6m, 16% higher than the previous fiscal year and more than twice the sum the site generated in 2012-13. BCLC lumps in its online ops with its Lottery division, therefore preventing any analysis of how much of that revenue the site is taking to the bottom line.

PlayNow achieved its growth “primarily due to content innovation through the continuous introduction of new content while optimizing game mix.” BCLC signed deals with online gaming content providers NYX Gaming last October and NetEnt this May.

PlayNow’s registered customer base has now exceeded 370k, which isn’t bad for a province with a population of only around 4.8m. But despite its claims to be investing more in its online arm, BCLC’s capital spending on PlayNow in 2016-17 totaled just C$1.6m, which was C$2.9m below its budgeted figure and less than half of what it spent in 2015-16.

BCLC CATCHES MONEY LAUNDERING BREAK
Speaking of its land-based casino operations, BCLC recently announced that it had settled a legal matter with the Financial Transaction and Reports Analysis Centre of Canada (FINTRAC) over a $696k administrative monetary penalty (AMP) the financial watchdog imposed on BCLC in 2010 for its laissez-faire approach to anti-money laundering protocols.

BCLC appealed the AMP and on August 11 a federal court issued a brief consent order granting BLC’s appeal and setting aside the AMP. BCLC issued a statement saying it had acknowledged that “technical deficiencies led to some reporting delays” but claimed these were due to “implementation issues” of a new computer system and that “at no time did any money laundering transactions occur.”

BCLC claimed to be pleased that it had reached “a mutually agreed upon conclusion” with FINTRAC and added that this was “the only statement BCLC will be making regarding this matter.”