Thirty years ago, before he became the leader of the free world, U.S. President Donald Trump dreamt of opening the first casino in Sydney—a dream that Australian regulators immediately put the kibosh on over concerns of the then-businessman’s “mafia connections.” 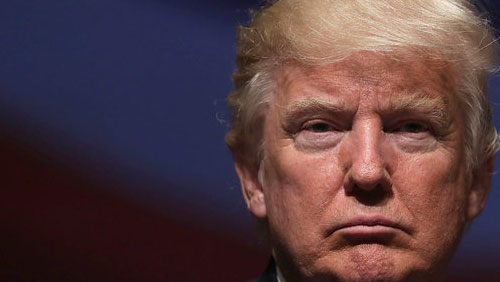 Trump and its partner, Queensland-based Kern Corporation, was one of the four groups bidding for the Darling Harbour project in Sydney. Trump’s proposal, however, was rejected by the New South Wales (NSW) government in May 1987, along with two other bidders.

According to a report from The Australian, a secret report by NSW police board recommended against approving Trump’s offer because it would have been “dangerous.”

At the time, Trump already has two casinos in Atlantic City—Trump Plaza and Trump’s Castle—and was preparing to open the Trump Taj Mahal. However, the NSW police board’s report noted that “Atlantic City would be a dubious model for Sydney.”

“In our judgment, the Trump mafia connections should exclude the Kern/Trump consortium,” the board concluded, according to the news outlet.

More unpopular than ever

Mafia connections or not, Trump continues to be more unpopular than ever.

Despite only being in the Oval Office for seven months, no other president has ever gotten the amount of talk and betting as the 45th leader of the United States, who sees more criticism thrown his way with each passing week.

This time, Trump is under fire—both at home and abroad—over his remarks following the violent white supremacist rally in Charlottesville, Virginia. In an impromptu news conference on Tuesday, the U.S. president declared “both sides were to blame” in the rally that left one woman dead and several other people injured.

Trump’s comments have led to criticism, and caused the president’s ratings to hit an all-time disapproval rating of 57.6 percent. And with the brouhaha brings back Trump’s odds of being impeached to the forefront of many people’s minds.

At sportsbook Bodog, the odds that Trump will be impeached by the House in his first term in the office stands at -120, while the odds that he will not complete a full term as president of the United States is at -150.