Donald Trump’s business dealings have come under fine again after a company linked to the U.S. president has applied for a casino trademark in the world’s largest gaming hub—Macau. 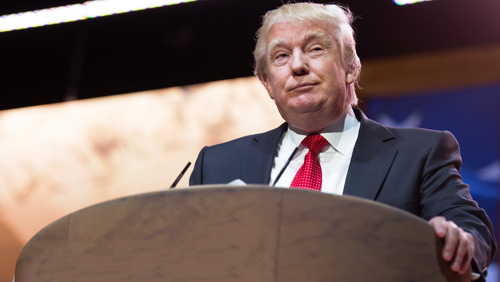 Delaware-based DTTM Operations listed the address of Trump Tower on Fifth Avenue in New York, according to the report.

Before he was the leader of the free world, Trump was a real estate developer with a sprawling business empire. The Trump Organization used to have a stake in Trump Entertainment Resorts, which used to operate casinos in California, Indiana and Atlantic City but has since been reduced to the struggling Trump Taj Mahal, which was officially acquired for $50 million by Hard Rock International in May.

The mogul said he has handed over his business interests to one of his sons while he continues his quest to become the hugest, classiest, most awesome American president ever. The news of a trademark deal in Macau, however, may dampen the U.S. president’s illustrious political career, as it raises questions over whether Trump is signing business deals while he’s in the office.

The news also comes at a time when operators are waiting for the government’s final word on the casino concession renewal process. Macau’s concessions come with a 20-year expiration date, which means that beginning in 2020, SJM Holdings and MGM China will be up for renewal, followed by Galaxy Entertainment, Sands China, Wynn Macau and Melco Resorts Entertainment in 2022.

Ben Lee, managing partner at IGamiX Management and Consulting, told SCMP: “Given that this trademark application comes a few years before the concession renewal between 2020 and 2022, one has to consider the possibility that he may look at applying for a new concession.”

Currently, there is no Trump-branded property, let alone casino facilities, in the special administrative region, where his billionaire friend Sheldon Adelson and Steve Wynn have erected their lavish gambling strongholds.

However, it is worth noting that Trump already holds other trademarks in Macau. In 2005, the then-businessman registered trademarks under the names Donald J Trump, DTTM and Trump Companhia Limitada, according to Reuters.