Home / Casino / The rise and fall of the Trump casino empire On February 16, 2017, the last remaining remnant of businessman-turned United States President Donald Trump’s former glory was carted away by a recycling company based in Philadelphia.

The relic was the “Trump” sign, which once glimmered in the then iconic resort town known as Atlantic City. As Trump ascended to the most powerful office in the world, workers begin to take down what became a symbol of what went wrong in the city built on lucky streaks and last chances. 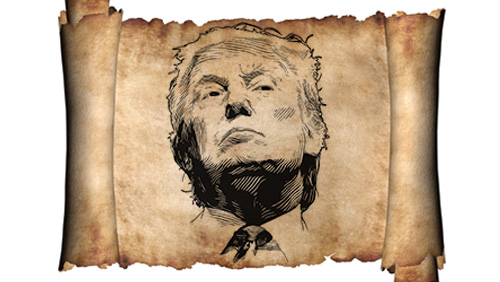 So how will history judge Trump as a businessman, tactician, and a leader?

According to infographics provided by OnlineBingo.co.uk, Donald Trump has been directly involved in five separate casino-related bankruptcies. He was also separately involved in a six bankruptcy case for his Plaza Hotel in New York in 1988.

Trump’s casino venture started in the 80’s when he decided to a forge a partnership with Harrah’s to open Trump Plaza in 1984. The following year, Trump bought Atlantic City Hilton Hotel for $325 million and rebrands it as Trump’s Castle.

Before the 80’s decade came to a close, Trump bought the Taj Mahal while it was under construction. It opened in 1990 with a $1 billion tag price, financed with over $600 million of junk bonds.

The following year, Trump Taj Mahal files for bankruptcy with nearly $3 billion of debt. Many touted the move as the start of Trump’s series of unfortunate events.

Of course, the bankruptcies of Trump-owned casinos cannot be solely be blamed on Trump’s management alone. When the Trump Plaza opened in 1984, casino gambling was illegal in the eight states surrounding New Jersey. These eight states were New York, Delaware, Pennsylvania, Virginia, Connecticut, Massachusetts, Maryland, and Rhode Island.

By the time Taj Mahal closed its doors last year, casino gambling has since been legalized in all of these areas except Virginia.

Apparently, Donald Trump was not the only businessman to struggle in Atlantic City. Many other high-profile resorts shuttered during his time there, including the Sands Casino Hotel and the Claridge Hotel and Casino.