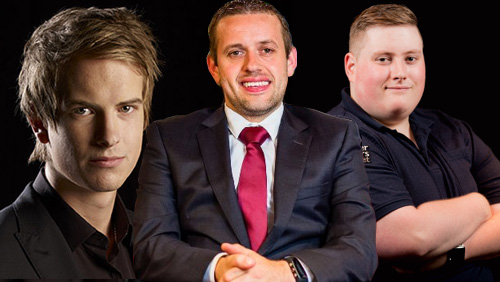 3: Barrels of an online flavour with Viktor ‘Isildur1′ Blom back in the thick of things, Kenny Hallaert continuing his heater with a Super Tuesday win, and the brothers Staples on course to land a $150,000 prop bet.

Viktor ‘Isildur1’ Blom is back.

The man who is so special, Phil Galfond dedicated an entire personal blog post to him. The man who was involved in the ten biggest online cash game pots of all time. The man who built a legacy from facing everyone and anyone.

At the back end of June, Isildur1 raced into a $1.8m annual profit, bumped by a half a million pound 24-hour profit at the back end of June. The Swede has lost that money back in the days since but still sits second in the 2017 leaderboard on HighStakesDB (HSDB) with $1.2m in online cash profits playing on his PokerStars account.

As Doug Polk mentioned on his update of this story, the return to form of Isildur1 is all the more surprising since the demise of Full Tilt means the high stakes action is exclusive to PokerStars.

The online crusher has been beating the crap out of everyone playing $1k/$2k Triple Draw, $200/$400 PLO, and some $100/$200 Ante PLO, but we know that Blom is as capable of some pretty serious crashes as he is for his stupendous wins.

Which will it be this time?

A steady climb to the top?

Or, will the trail blow cold?

Not since 2012, when the mask of the maniac slipped, have we been excited about online cash games, but it’s a nice shot in the arm of nostalgia for all those online railbirds.

There is something happily harmonic about Kenny Hallaert these days.

The Belgian has never looked fitter and is collaborating with Raising for Effective Giving (REG) to use his poker profits to help reduce suffering in the world, and there have been plenty of poker profits lately.

You can track Hallaert’s resurgence back to his run to the final table in the inaugural World Series of Poker (WSOP) Colossus, where he finished fifth for $182,348. The following year, Hallaert made the final table of the WSOP Main Event, finishing sixth for $1.4m, and maintained his form this year with two final table performances and a 64th place finish in the Main Event.

But it’s online where Hallaert hones his skills, and this week he proved he knows how to navigate through a field of the top online MTT stars with a win in the coveted PokerStars Super Tuesday.

The Unibet Tournament Director defeated 339 players to win the $57,000 first prize after cutting a heads-up deal with the Brazilian based player gustavo5454.

PokerStars Team Online’s Jaime Staples is on course to win $150,000 after accepting a weight loss prop bet from the famous prop bet star, Bill Perkins, while the pair were streaming on Perkins’s Streamboat last year.

Perkins offered Staples 50 to 1 odds that he couldn’t get within a pound of his brother’s weight after a Twitch viewer commented on how different the two brothers are in stature.

“I don’t even think about the $75k {his brother gets half},” said Jaime Staples, “I think about the equity of being healthier – extending my life, being able to do more, having higher energy, even just vanity – is worth more than $75,000.”

The pair has set a target of 185 pounds, so one brother has to stop munching, and the other has to start. The plan for Jaime is to consume 1,450 calories per day, whereas Matt just needs to eat his face off.