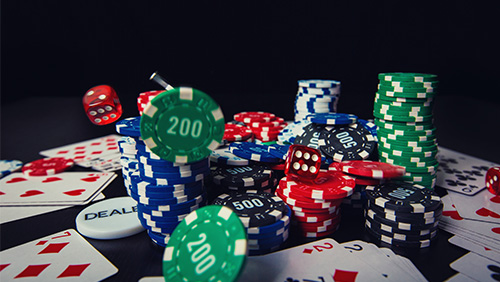 The Poker Tournament Director’s Association Summit IX concluded at the Aria with changes to the Big Blind Ante and counting of ‘bets’ and ‘raises’ at the forefront of the discussions.

At the end of July, a selection of the world’s best poker players, and successful business people who love poker more than their pet goldfish will each pay £1m to compete in a tournament.

Triton Million: a Helping Hand for Charity, takes place in London, and one of the innovative moves created by the organisers to establish a friendlier and more relaxed atmosphere for the business people is the banishment of clothing and apparel that significantly hides the neck and the face. It’s a move that’s soon to catch on.

June 28-29, the Aria played host to the Poker Tournament Director’s Association (TDA) Summit IX. Ran in partnership with Genesis Gaming (the creators of the Bravo Poker Room Management System), and with the full support of The World Poker Tour, Faded Spade Playing Cards, and the Seminole Hard Rock and Game-On CHIPCO – the TDA Summit is the place where the world’s tournament organisers meet to discuss best practice.

One of the items up for discussion was poker’s dress code, particularly with the use of clothing to hide the face and neck. Not only does this practice feel intimidating to new players looking to have some fun, but it also removes the ability to read body language, an essential skill in the game.

The TDA issued the following recommendation:

“Clothing or other accoutrements must not continuously obscure player identity or become a distraction to the game.”

I’ve been at the Aria, this week, interviewing poker players who will compete in the Triton Million event, including players who do contravene these rules, but the consensus has been, if this helps bring more recreational players into the game then it’s a good thing.

In recent years, the implementation of the Big Blind Ante (BBA) has been one of the most successful changes, and the TDA used the summit as an opportunity to listen to feedback and discuss potential rule changes.

One of the changes was to enforce players to post the ante before the big blind, and to keep the size of the ante the same irrespective of table size. The lone dissenter was Unibet’s TD, Kenny Hallaert (also an experienced player), although he did comment that after 12 hours thought “I might go towards ante first.”

Despite the overwhelming support for the changes to be etched into a rule, TDA Chief, Matt Savage, didn’t get his hammer and chisel out because the World Series of Poker (WSOP) TD, Jack Effel, was not present and correct.

The TDA will include a ‘recommended procedure’ into the ruleset that dealers should count out bets and raises without being prompted by players.

Savage said he had received some backlash on social media but believes the habit of players asking for a count is commonplace so the change shouldn’t create too many waves. Savage also believes it will help develop better dealers, keeping them in touch with the game, and improving chip counting skills.

“If people find out it’s not working for them, they can go away from it. We’ll see what we can do about a rule in 2021.”

One change that didn’t go ahead as a recommendation or a rule change was Savage’s proposal that it become mandatory for players to stack their chips in towers of 20 to simplify the count stating that his twitter poll revealed general unhappiness with the plan. The TDA will inscribe a sentence into the etiquette violations regarding “poor chip countability and visibility,” enforced locally by TD’s.