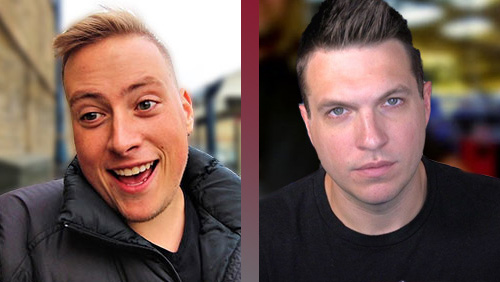 There’s beef between poker players, there’s a Twitter quarrel among regs and then there’s Twitch streamers at dawn. When Doug Polk and Jaime Staples decided to air their opposing views on an age-old poker discussion, the blue touch paper was well and truly lit.

However, while the first episode already has 500 views, it hasn’t created nearly the stir that Staples’ Twitter feed has in the last 24 hours. After remarking on archived forums on 2+2 where it was said that no poker player should go pro unless they’re making the – fairly large – sum of $100,000 every year from the game, Staples stated his disagreement and explained exactly why in an eloquent Twitter thread.

Been thinking about all the old advice threads on 2+2 poker forums where regular poker players ridiculed others for wanting to turn pro for anything less than 100K a year. Why is 100K the benchmark for 'making it.'?

Plenty of positive comments followed Staples’ thread where he detailed the (very much lower) amount that he’s been making per annum for the past five years. Many people may have complimented Staples on his open nature and insight into a career aspirational players never really know the inside scoop on.

Doug Polk was not one of them.

Polk – halfway through his many replies – goes as far as to list seven reasons why you shouldn’t turn professional in poker if you’re making ‘much less’ than $100,000.

1. No Health benefits
2. No IRA Benefits
3. Self-employment tax
4. Long periods of time with no income
5. Career advancement relies solely on finances
6. Lack of job security
7. Easy for edge to deteriorate

Who’s right? Does a poker player need to earn $100,000 to declare themselves fully professional? Polk took issue with having a supportive family being included in a poker player’s lifestyle without taking away from that value, so the prospective level of rewards needed to call yourself successful – at least in his eyes – might be even higher.

Semantics, self-worth and tax percentages aside, one question that was naturally raised from the fractious debate as it played out was what the definition of being professional or even being successful really is.

Should a poker player’s success only be measured in his or her own mind?

We all have our own definitions of success. Some of them are financial, of course, but others are personal, such as Staples incredible weight loss prop bet that he won against – and with the phenomenal support of – Bill Perkins.

Other motivations for winning at poker are deeply emotional, related to family members who might have passed or who inspired the child to take up the game, success only coming for that player when a particular tournament has been won. Our dreams come from a place deep within us, so who is there to tell us what a valid success is other than ourselves?

Of course, the obvious counterpoint is that to be professional in many careers is to be entirely self-reliant. But even the most lone of wolves in other careers sometimes calls on the pack without it detracting from their achievement.

The amount of money that a professional poker player needs to make each year not only increases due to the escalating cost of living, but is harder and harder to attain thanks to the collective improvement of players in general. To do what Jaime Staples has done in poker is phenomenal, just as it has been to achieve what Doug Polk has in his career to date.

We live in an age of poker where no-one, not even two Twitch streamers who could guarantee their greatest audience ever by broadcasting it, will go heads-up for rolls. But by going heads-up on Twitter, both Polk and Staples have again reminded us that the game of poker may have rules, but around it is a framework that is ever-changing.

Long may that last… at whatever cost.