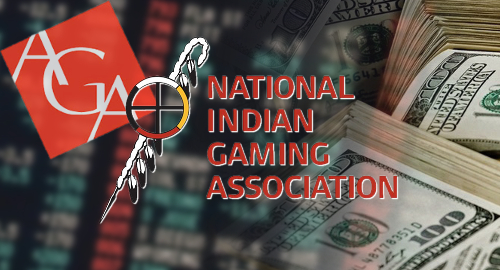 American tribal gaming operators have thrown their weight behind the US commercial casino lobby group’s push for legal sports betting.

On Monday, the American Gaming Association (AGA) announced that the National Indian Gaming Association (NIGA) had joined the AGA’s Coalition on Sports Betting, which aims to convince the federal government to repeal and replace the 1992 Professional and Amateur Sports Protection Act (PASPA).

NIGA chairman Ernie Stevens Jr. released a statement saying the group’s support for the Coalition “will enable us to coordinate with and provide feedback to the AGA with regard to tribal gaming concerns as the Coalition advances its policy objectives.”

Stevens made it clear that the chief concern of NIGA, which represents 184 federally recognized tribes, was that “tribal interests are protected, particularly avoidance of any negative impacts on existing compacts and exclusivity clauses.” But bottom line, NIGA members are interested in offering legal betting “as part of their overall entertainment package and as an additional source of revenue for tribal governments.”

AGA CEO Geoff Freeman welcomed NIGA’s “critical” support, saying “tribal engagement will help to move the needle forward and as the industry further unites, we will be able to end the failing ban on sports betting and allow our industry to grow.”

While NIGA’s support is indeed welcome, all eyes are on the US Supreme Court justices who will hear arguments pro and con as part of New Jersey’s appeal of lower court rulings blocking its efforts to bring legal wagering to Atlantic City casinos and state racetracks. The Court signaled its intent to entertain the state’s appeal last month, but has yet to set a date for oral argument.

NIGA’s support comes 10 days after California Assemblyman Adam Gray announced a proposal to amend his state’s constitution to permit legal wagering if the Court sides with New Jersey. That prompted some pushback from the state’s gaming tribes, who noted with familiar resignation that they hadn’t been consulted prior to Gray’s announcement, despite the obvious implications such a constitutional revision could have for existing tribal gaming compacts.