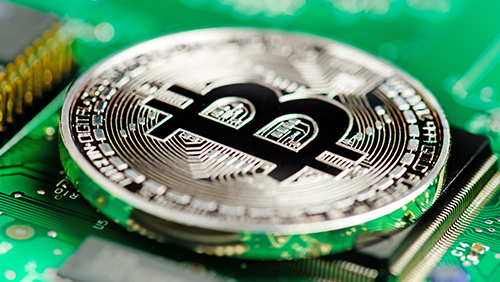 Sale of digital coins in the United States are subject to the country’s securities laws, the U.S. Securities and Exchange Commission declared on Tuesday, possibly marking the beginning of the end for the altcoin era.

The commission has been investigating the tokens offered and sold by The DAO, the distributed server processing system Ethereum project that lost close to $60 million worth of ether in an attack that took advantage of a code issue.

The so-called “DAO tokens,” according to the SEC, are considered securities, and therefore, fall under the federal securities laws. Issuers of blockchain-based securities are required to register their offers and sales unless a valid exemption applies, and those who participate in unregistered offerings may be liable for violations of the securities laws.

Although it was described as a “crowdfunding contract,” the SEC said the DAO would not have met the requirements of the Regulation Crowdfunding exemption because it was not a broker-dealer nor a funding portal registered with the commission and the Financial Industry Regulatory Authority.

The agency has no plans of pursuing any charges, but noted that its findings were meant “to caution the industry and market participants” about engaging in virtual transactions.

“The innovative technology behind these virtual transactions does not exempt securities offerings and trading platforms from the regulatory framework designed to protect investors and the integrity of the markets,” SEC Enforcement Division Co-Director Stephanie Avakian said in a statement.

Introduced in 2014, Ethereum has been receiving a lot of attention as an experimental virtual currency that uses cryptography to hold and suspend money instead of the traditional bank or credit card companies. Although it was originally developed to facilitate peer-to-peer contracts and applications thru its own currency vehicle, ether’s popularity and market capitalization has brought  Ethereum in competition with other cryptocurrencies.

The SEC’s announcement, however, could bring an end to the altcoin era, leaving bitcoin—which is all set to evolve to unlimited on on-chain scaling and low transaction fees—as the last man standing.

This site has long urged the online gambling industry to embrace bitcoin, which holds particular appeal for the sector that’s historically been the target of misguided government policies that aim to protect state-owned gambling monopolies and restrict the individual’s freedom to decide how to spend their entertainment dollars. And with Bitcoin Unlimited, the online gambling industry now has a far better solution for increasing transaction speed while keeping a lid on costs.