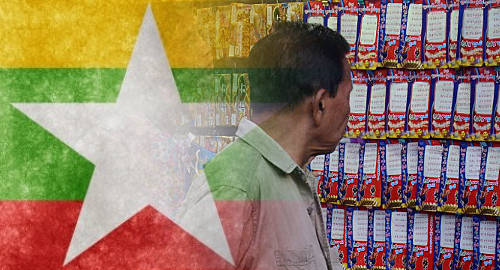 China’s lottery sales took a slight dip in June but sales remain up over the first half of 2017.

On Sunday, China’s Ministry of Finance announced that mainland lottery sales fell 0.3% year-on-year to RMB 33.8b (US $5b) in the month of June. In a reversal of recent trends, welfare lottery sales rose 8.8% to RMB 17.8b while sports lottery figures declined 8.9% to RMB 16b.

Just over China’s southern border in Myanmar, the government has announced that it might allow international firms to play a role in the country’s launch of digital lottery sales.

Myanmar’s Ministry of Planning and Finance submitted a new Lottery Bill to parliament earlier this month to oversee the operations of the state-owned Aungbarlay Lottery, which began life in 1938 under British rule and has been operating since then under somewhat ill-defined legislative guidelines.

The Lottery contributed over K30b ($22m) in revenue to the government’s treasury in fiscal 2015-16 and the government hopes to boost this figure to over K47b in fiscal 2016-17. Minister for Planning and Finance U Kyaw Win told the Myanmar Times that part of this increase comes from the bill’s introduction of an ‘e-lottery’ that includes online and mobile sales channels.

Providing technology and management of this e-lottery could involve international firms with experience in such matters. The Lottery Bill states that the Ministry “may, with the approval of the government, cooperate for mutual benefit with domestic and foreign companies or partnerships or individuals in accordance with existing laws.”

The new legislation also calls for harsh punishments for anyone selling lottery tickets without authorization, including prison sentences of three to five years and/or fines of up to K10m. Authorized lottery agents who charge customers anything over the designated price can be banged in jail for up to one year and fined K5m.

Myanmar’s gambling market is extremely limited, although some regional land-based casinos have been tolerated due to their ability to attract international tourists. Frustrated local residents looking to gamble have popularized illegal two- and three-digit numbers operations, which the authorities remain keen to stamp out.