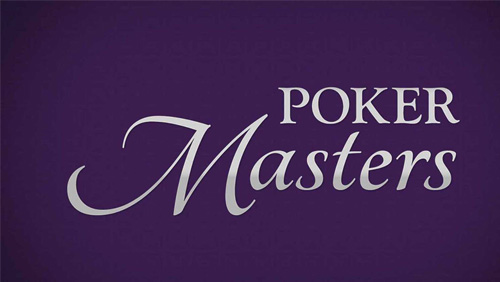 Poker Central is set to add more top quality content to their PokerGO subscription service after unveiling plans to host the Poker Masters High Roller Tournament Series in the ARIA.

What has happened at Poker Central?

The one-time 24-hour poker TV channel, which offered a library of old and hackneyed poker footage, is fast becoming one of the digital media innovators of our industry.

The Super High Roller bowl was always the beating heart of the channel. Pristine production of the very best poker players in the game competing for obscene amounts of money = check.

But poker state troopers weren’t pulling the company to the side of the road for going too fast until the powers to be decided to ditch the TV channel model and move to the pay-per-month model of PokerGO.

A deal was struck with the World Series of Poker (WSOP), and ESPN, to showcase live footage of the premier poker product, they plan to relaunch new seasons of Poker After Dark, and this week they unveiled the launch of the Poker Masters High Roller Tournament Series.

It’s Been a Long Time Coming

Poker has been crying out for something like this for the longest time. The World Poker Tour (WPT) tried and failed with the WPT Alpha8. The Global Poker League (GPL) have made great inroads to showcase the greatest talent in the world. But this is different. This is wham, bam, thank you, Mam,, poker at its finest.

PokerGO, ARIA Resort, Las Vegas, and POKER PROductions will once again come together to create something magical. The week long Poker Masters High Roller Tournament Series will feature five events, and award the player who wins the most money with a PGA-style Masters jacket, only this one will be purple.

The events take place between Sep 13-20 with a day off on Sep 17. The first four games will be $50,000 buy-in events, with no player-cap, and rake free if you can turn up on time. Each game carries a single re-entry, and plays to a 30-second shot clock, with three additional 60-second time bank chips per day. Each $50,000 event lasts two days.

The series culminates in a $100,000 buy-in Freezeout tournament lasting three days. This event is also free of rake if you have played in the previous four $50,000 buy-in events.

And players will flock to the ARIA because poker players love to be taken care of and compete at the elite level in the game, for the kind of money that turns tigers into pussycats.

And that purple jacket?

World renowned fashion designer, Waraire Boswell, already has the sewing machine out and is pedalling like crazy. Boswell is responsible for hanging clothes on the frames of Will Smith, Pharrell Williams, and LeBron James.

PokerGO will stream live coverage of the featured and final tables of all five events. Subscriptions start at $10 per month or $99 for the full year.