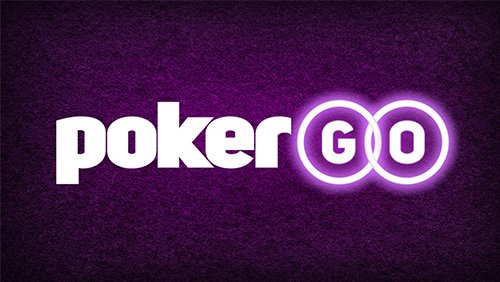 Poker Central launch PokerGO, a poker subscription digital media channel that includes coverage of the World Series of Poker and Super High Roller Bowl, and Bobby Baldwin pulls out of the latter at the last minute.

When Poker Central acquired the World Series of Poker (WSOP) television & digital media rights and nuked the November Nine, the one unanswered plot line was the nitty-gritty of the non-televised coverage.

The wait is over.

Poker Central will air the non-televised WSOP coverage on a new digital media channel called PokerGO. The format will be a monthly subscription, something that’s somewhat unusual for the poker world, and it’s a decision that’s bound to raise the temperature under some hoodies around the poker table water cooler.

The new channel costs $99 for an annual subscription, or $10 for a monthly pass, both extremely palatable amounts for the content you are to consume.

In the immediate future, you will find coverage of the Super High Roller Bowl (SHRB). The $300,000 buy-in event takes place at The Aria, Las Vegas May 28 – June 1, and with $16m up for grabs it promises to be one of the top events of the year.

The other big deal is the non-televised action from the WSOP. The contract with ESPN and WSOP means the Main Event will be televised live for the first time in the festival’s history, and PokerGO will show the bits and pieces that don’t make the live feed.

In addition to the WSOP Main Event coverage, PokerGO will also show highlights of the $111,111 One Drop High Roller and coverage from more than a dozen other WSOP events.

Pokerography returns with a few more professional poker players allowing the cameras into their lives, and there is a wheelbarrow full of old content that used to feature on Poker Central when they were a 24/7 TV channel.

What Can we Expect in The Future?

Poker Central promises to showcase the biggest tournaments and high stakes cash games in the world, as well as multiple events every month.

To pull this off, you would expect to hear of more partnerships shortly. The one that immediately springs to mind is a potential second date with the Global Poker League (GPL) as it enters its second season.

The $25k, $50k & $100k Aria High Rollers would also make compelling viewing, and maybe they could strike a deal with The Bellagio to cover the Mixed Game High Rollers, although the latter recently busted out their personal Twitch Channel so that might be a stretch.

Poker Central will use Mori Eskandani and his team at Poker Productions to ensure the quality of the production is top notch. It’s an unusual step within poker media to use the SVOD model, and it will be interesting to see who imitates.

Bobby Baldwin will not compete in the 2017 SHRB.

The four-time WSOP bracelet winner has a meeting that conflicts with his $300,000 buy-in seat, and an alternate will take his place.

But who will it be?

As Baldwin was a player selected by The Aria, it is the casino who will name his replacement, so I expect it will be someone from the Las Vegas scene. At the time of writing The Aria has not released the name of the player nor the names that exist on their alternate list.

Two players who did register their intention to play but didn’t make the cut were the Spaniards Adrian Mateos and Sergio Aido, both of whom would be excellent candidates if they can rustle up the cash with such short notice.

Baldwin’s sudden withdrawal means he loses his $30,000 deposit and that money will now go to the eighth place finisher.

The Aria will ensure SHRB entrants will have plenty of games to get their false teeth stuck into before and after the big event. All told there is $285,000 worth of buy-ins, and that’s not taking into consideration the re-entry clause in each of the events.

If you fancy a flutter on the Aria action then these two Top 5 tables will point you in the right direction: