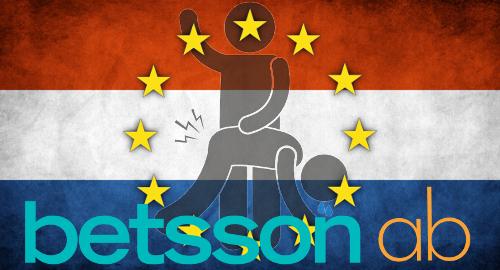 On Monday, Betsson issued a statement urging the European Commission to reopen infringement proceedings that were initiated against the Netherlands in 2006. Betsson’s request was spurred by to the Kansspelautoriteit (KSA) regulatory body’s plans to punish a broader range of online gambling operators the KSA determines to be serving Dutch punters without authorization.

To justify its argument, Betsson pointed to the recent Court of Justice for the European Union (CJEU) ruling that Hungary’s convoluted online gambling regime meant the country had no right to impose penalties against online operators licensed in other EU member states.

On Friday, Betsson announced it had submitted an official complaint to the EC requesting the reopening of infringement proceedings based on the “continued and flagrant breach” of EU law by Dutch authorities and the country’s “continued failure to implement an EU compliant legal framework.”

The EC froze its infringement action against the Netherlands after the country vowed to introduce a new online gambling regime that didn’t fall afoul of Article 56 of the Treaty and Functioning of the European Union, which prohibits member states from engaging in protectionist interference with cross-border trade.

But the Netherlands’ efforts to pass this new legislation has been stalled due to politicians and stakeholders’ inability to all get on the same page, and few observers expect the new regime to take effect until H2 2018 at the earliest. (Betsson puts the “best case” scenario closer to mid-2019.)

The legislative delay hasn’t stopped the KSA from levying six-figure fines against Dutch-facing operators, a fate that Betsson doesn’t wish to see befall its Dutch-facing Oranje and Kroon brands.

Betsson’s Friday statement says the “confusion and instability” created by the KSA’s actions is “unacceptable” and the EC needs to “take all action necessary ensure that the KSA immediately refrains from continued enforcement” of what Betsson views as a non-compliant regime.