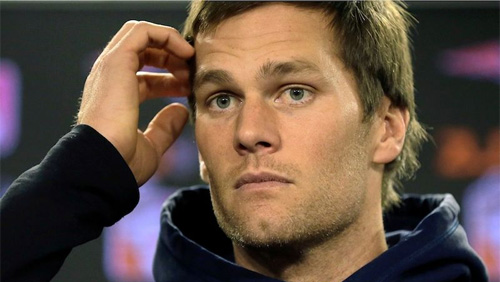 Winning the NFL’s regular-season MVP award has been a curse of sorts for the winner, who has not won the Super Bowl in the same year since Kurt Warner of the St. Louis Rams in 1999. Since then, Tom Brady of the New England Patriots has won the NFL MVP award twice (2007 and 2010) while taking home the Super Bowl honor four times (XXXVI, XXXVIII, XLIX and LI).

Coming off a remarkable comeback victory in last year’s Super Bowl, Brady is the +450 favorite to win this year’s NFL MVP award.

Brady missed the first four games of the 2016 regular season but still turned in one of the best campaigns of his 17-year career with 28 touchdowns and a career-low two interceptions. His passer rating of 112.2 was the second-highest number of his career too, sitting just behind his 2007 MVP season when he scored a 117.2.

The competition for this year’s NFL MVP award is led by a few other top quarterbacks across the league, only one of which has previously claimed the honor.

Aaron Rodgers of the Green Bay Packers was the favorite a year ago and sits as the +700 second choice this season. Like Brady, Rodgers has been named NFL MVP twice before (2011 and 2014). He won his first MVP the year after leading the Packers to a win in Super Bowl XLV.

Ryan won the 2016 NFL MVP and made it to the Super Bowl, where his Falcons lost to Brady and the Patriots.

Running back Ezekiel Elliott of the Cowboys is the first player on the MVP betting board who is not a quarterback at +2000. However, Elliott lost Rookie of the Year to teammate Prescott last year, proving how critical the QB position is in terms of NFL award voting.