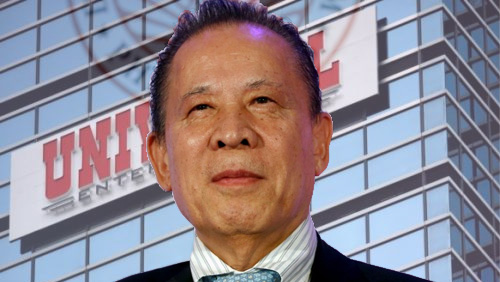 Embattled Japanese casino mogul Kazuo Okada is ‘unfit’ to be director of a public company and Universal Entertainment Corp. president Jun Fujimoto vows to back up his allegations.

A supposed private letter of Fujimoto dated June 21 made the rounds ahead of a scheduled annual meeting of Universal shareholders on Thursday. Reuters, which saw the letter, reported that this was the first time Fujimoto shared his thoughts on Okada’s predicament since the latter was removed from his post in a rare Japanese boardroom coup.

Fujimoto minced no words as he called out Okada’s purported illegal dealings, saying that he had evidence to prove his allegations. The Universal Eeec, however, did not say what that evidence was.

“I think Chairman Okada is unfit to be in management of a public company,” Fujimoto said in the letter, which was written in Japanese. “I’m confident that I can prove that with irrefutable physical evidence.”

Three weeks ago, Universal informed the Japan Association of Securities Dealers Automated Quotation (Jasdaq) that the firm had suspended the leadership of Okada and Yoshinao Negishi, director and general manager of Universal’s Administrative Division pending the ongoing investigation.

According to Universal, there is a possibility that Okada and Negishi committed fraudulent acts when a loan amounting to HKD135-million ($17.3-million) was transferred to a third party from Tiger Asia Resort, ltd on March 20, 2015.

But Okada’s supposed anomalous business transactions didn’t stop there. Just last week. Universal informed the Japanese Stock Exchange that they are looking into at least two more business dealings of Okada that are suspected to be anomalous.

One of the cases involves a February 2014 loan for “land transactions” in South Korea by Okada Holdings Ltd while the other case has something to do with the May 2015 US$16 million withdrawal from a Tiger Resort Asia bank account based on a bearer check that the Japanese billionaire issued.

Fujimoto said that the investigation into Okada will include his older transactions but will not include the $40 million paid to a Manila-based consultant in 2010.

The septuagenarian, who was barred from attending the meeting because his stake in Universal was held indirectly by a holding company, refuted the allegations against him.

“I’ve done nothing wrong,” Okada told reporters at a Tokyo hotel. “I’ve been barred from the meeting in the name of this investigative panel and allegations that are a bunch of nonsense.”

Universal said it could not comment on letters to or from Fujimoto as an individual and declined to make him available for an interview.