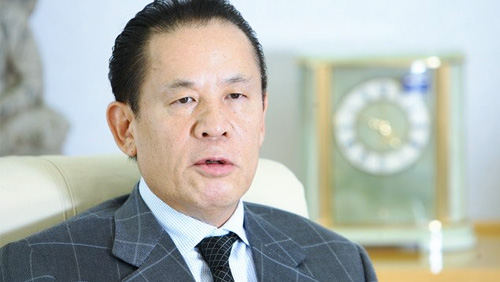 Who would have thought that the possible downfall of Japanese billionaire Kazuo Okada would begin with cracks forming inside his own home?

The report cited at least three anonymous sources, who all claimed that money and control over the Hong Kong investment company sparked the Okada family feud. According to the source, one of those who challenged Okada’s authority was his son Tomohiro.

Tomohiro, according to the news agency, was upset with how his father was using Universal dividends allocated to Okada Holdings.

Tomohiro holds 43.5 percent of Okada Holdings and his daughter Hiromi holds just under 10 percent – together enough to have the majority of shares needed to remove Okada under the terms of the company’s founding documents.

Okada, on the other hand, owns 46.4 percent stake in Okada Holdings. However, the news report failed to elaborate the role of Okada’s other family members in ousting him as director of Okada Holdings.

Records from the Hong Kong Stock Exchange showed that the Japanese patriarch resigned from the company.

The Tomohiro-led Okada Holdings gave Universal president Jun Fujimoto the blessing to remove the Japanese tycoon from Japanese gambling firm. Shareholders are set to vote on that list of directors, which includes the reappointment of Okada’s wife Takako, at Universal’s annual meeting on Thursday.

Meanwhile, the Nevada Gaming Control Board in the United States has launched a probe into suspected anomalous deals that benefited Okada instead of his businesses.

Diane Presson, supervisor at the regulator’s investigations division, made the confirmation to GGRAsia saying “it has reviewed the two notices [from Universal Entertainment] and that it is investigating the allegations contained therein.”