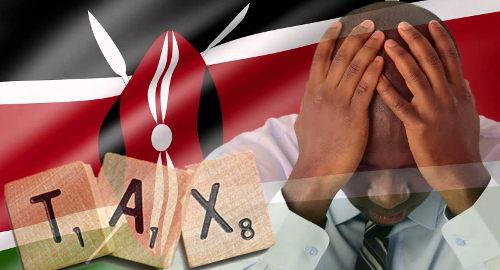 Kenya’s president has signed the country’s new gambling tax into law, eliminating the possibility that parliament could attempt a hail mary vote to override presidential preferences.

On Wednesday, President Uhuru Kenyatta formally signed the Finance Bill 2017 into law, eight days after he rejected a previous version of the bill because he felt the proposed tax rate on gambling revenue wasn’t high enough.

The new bill imposes a uniform 35% tax rate on all gambling revenue – betting, gaming, lotteries and prize competitions – which was less than the 50% rate originally proposed by Kenya’s Treasury Secretary Henry Rotich but well above the rates operators had been paying. For example, Kenya-licensed sports betting operators had previously been subject to a rate of just 7.5%.

The 35% rate suggested as a compromise by Kenyatta was approved by the House Finance Committee last Friday, the final day of the legislative session ahead of the August 8 national elections. Parliamentarians had earlier rejected Rotich’s 50% plan and a two-thirds vote by the full 349-member House could have overruled Kenyatta’s compromise had MPs not been off campaigning.

Kenya-licensed betting operators had warned that the new tax rate – which is in separate from the 30% corporate tax operators are also required to remit – will render their operations unprofitable and drive punters to wager with international gambling sites not subject to punitive local taxes.

Wanja Gikonyo, manager of Betway’s Kenyan operation, told local media outlet The Star that the new tax would undoubtedly deter international betting operators from seeking Kenyan licenses. Gikonyo suggested that investors would switch their focus to other less punitive African markets such as Uganda, Ghana and Zambia, where the gambling tax ranges from 20% to 30%.

Gikonyo also suggested that the new tax rate would fail to achieve the government’s stated aim of deterring Kenyan youth from gambling excessively. Gikonyo noted that since the new tax applies to operator revenue rather than punter winnings, the only likely change is that Kenyan punters will now patronize international sites that can offer better returns on punters’ wagers.