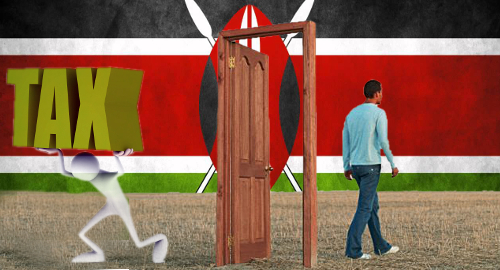 Kenya’s gambling operators are facing significant tax hikes after legislators sided with their country’s president on the final day of the legislative session.

Earlier this week, Kenya’s President Uhuru Kenyatta refused to sign the country’s Finance Bill because legislators had declined to impose a uniform 50% tax on all gambling revenue. Kenyatta offered a compromise rate of 35%, which would still represent a nearly fivefold rise on the 7.5% rate that the country’s betting operators had been paying.

But Thursday marked the final day before the 11th term of Parliament officially came to a close and, with national elections scheduled for August 8, legislators apparently didn’t want to leave the Finance Bill twisting in the wind. High on Thursday’s order paper was addressing “the president’s reservations to the finance bill” and considering his 35% across the board tax rate recommendation.

While the official vote has yet to be recorded on the National Assembly website, CitizenTV reported that the House Finance Committee approved Kenyatta’s recommended alterations to the Finance bill. Which means sports betting, gaming, lottery and competition operators will all face significant tax challenges going forward.

Kenya is considered to have one of the African continent’s more mature gambling markets, and domestic operators like SportPesa have made inroads into international markets such as the UK. But Kenyatta agreed with Treasury Secretary Henry Rotich – the architect of the original 50% tax plan – that Kenyan youth were getting too enamored with gambling and thus some kind of clampdown was needed.

It remains to be seen how many betting operators will continue to view Kenya as a viable market under the new tax regime. As analysts have pointed out, Kenyan-licensed gambling operators are also required to pay 30% corporation tax on their net income, although on the bright side, there won’t be much profit to tax after the revenue tax comes off the top.

Pity poor Dafabet, which only launched its Kenya-licensed betting site in March, and announced further upgrades to its offering just this week to make the site more accessible for users of lower-end smartphones. Log on while you can, punters, because it may not be there much longer.