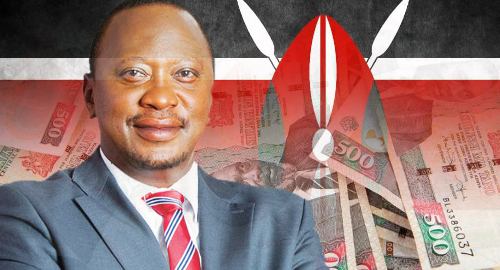 Late last month, Kenya’s parliament voted against proposals to impose a uniform 50% tax on all gambling revenue. The proposal, which was included in the country’s Finance Bill at the request of Treasury Secretary Henry Rotich, represented significant increases for betting operators, who had been paying only 7.5% tax on betting revenue.

On Tuesday, Kenyan President Uhuru Kenyatta (pictured) upended the MP’s proposal by declining to sign the Finance Bill into law. In a memo to the Speaker of the National Assembly, Kenyatta claimed that the proposed tax hike was necessary to curb Kenyan youth involvement in betting activities, and parliament’s decision to leave taxes as they were “totally negates the spirit underlying the proposal to have the betting tax raised.”

Kenyatta has offered parliament an easy way to ensure an amended Finance Bill meets with his approval – impose a new uniform 35% tax on gambling revenue. This rate would apply not only to sportsbooks but also to gaming, lotteries and competitions, which are currently paying tax rates of 12%, 5% and 15%, respectively.

Parliament does have the option of reapproving the Finance Bill without any changes, which could override Kenyatta’s veto if two-thirds of MPs in both legislative chambers agree to stick to their guns.

The 35% rate was proposed by Assembly Majority Leader Aden Duale during last month’s parliamentary haggling over the Finance Bill, but the ‘compromise’ was rejected as still being punitive enough as to render most Kenya gambling operators’ businesses unprofitable.

Kenya’s attempted tax grab hasn’t gone unnoticed in neighboring Uganda, where the government has proposed forcing both gambling operators and their customers to share the tax burden. Under Uganda’s proposal, operators would pay 20% tax on their gambling revenue while gamblers would pay 15% tax on any gambling winnings.