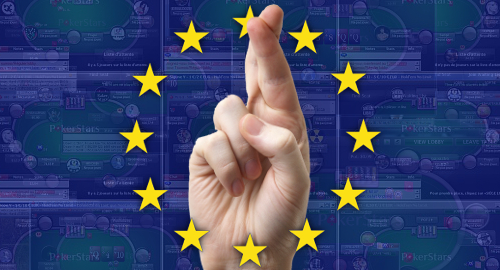 Online gambling regulators in select European Union markets expect to reach a deal on online poker liquidity sharing by June, according to the head of French gaming regulator ARJEL.

ARJEL released its 2016 annual report this week, which included a statement that the regulator expects a formal liquidity sharing arrangement between the governments of France, Italy, Portugal and Spain to be concluded sometime next month.

The prediction will be welcome news to poker players in those markets, who have been watching the glacially slow process unfold for years now. Regulators have offered sporadic hints as to the progress they’re making but the most recent meeting of European gaming regulators in Lisbon earlier this month resulted in a press release that failed to so much as mention the issue of online poker liquidity.

While handshakes and signatures may be exchanged in June, ARJEL said online poker operators wouldn’t be able to submit their software for technical standards testing until September at the earliest. And while ARJEL said it would “make every effort” to ensure liquidity sharing became a reality “as soon as possible,” it offered no concrete timelines for when that magical day might arrive.

Lord knows poker operators in those regulated markets could use a lifeline. While France recently announced that its licensed online poker operators enjoyed an extremely rare year-on-year revenue gain in Q1, cash game stakes posted a net decline for the 22nd straight quarter.

The story is similar in Spain, which reported online poker revenue rising 2.4% in Q1, but here again, no thanks to cash games, which reported stakes falling 12.3% year-on-year. Italy reported its poker cash games revenue falling 10% in April, while Portugal’s tiny market currently only has a single licensed poker operator.

Gambling regulators in the UK have participated in the liquidity sharing discussions but have yet to indicate whether the country intends to hitch its pool to the EU wagon.