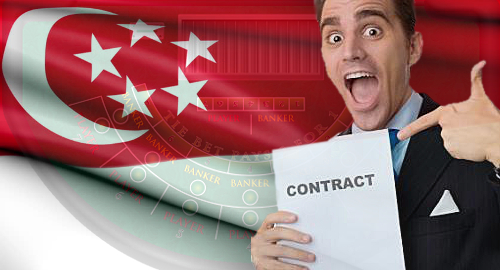 A Singapore resident jailed for offering ‘betting insurance’ to casino gamblers is appealing his sentence based on his read of the city-state’s legal definition of a bookmaker.

In December 2015, Peh Hai Yam was convicted on nine counts of conspiring with others to provide ‘insurance’ to baccarat players at Genting’s Resorts World Sentosa casino. Baccarat insurance allows gamblers to lay off a portion of their main wager as a hedge against losing the lot should they draw unlucky cards.

Mr Peh, his wife and another accomplice began their insurance scheme in 2010 but were arrested the following year. At the time, Peh’s wife claimed she’d personally made $50k from her baccarat insurance activity. Peh was sentenced to five months for each of the nine counts against him and fined $200k.

The Straits Times reported that Peh’s lawyer launched an appeal last month with the High Court, based on the argument that the prohibition on bookmaking in Singapore’s Betting Act applies only to taking wagers on horseraces and sporting events.

The High Court rejected the appeal, saying the Act’s provisions covered a variety of non-traditional wagering, including everything from political elections to beauty pageants. The Court determined that the Act’s lack of specificity on the scope of betting activities offered by a ‘bookmaker’ was intended to cover all the bases.

The High Court dismissal should have been the end of the road for Peh’s legal options, but Peh’s attorney is now asking the Court of Appeal to hear the case based on his belief that it hinges on a question of law of public interest. Peh’s case is set to be argued before the Court of Appeal in September.

Peh isn’t the first baccarat bookie to have fallen afoul of Singapore’s legal system. In 2011, the ringleader of a separate insurance gang at Singapore’s Marina Bay Sands was jailed for 10 months and fined $90k. Asked why he’d taken the risk, he noted that he’d earned $30k in four months as a bookie compared to the $8k he’d earned over the same period from his regular job selling vegetables.