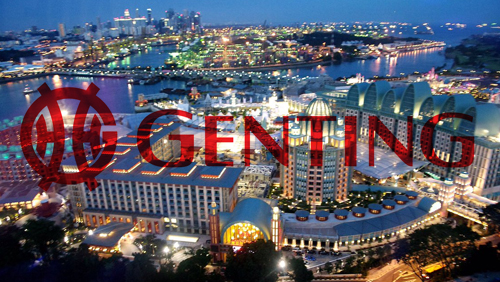 Casino operator Genting Singapore Plc. swings to a 17-fold net profit increase in the first three months of 2017 after unloading its stake in a resort in Jeju, South Korea and implementing cost savings.

In a disclosure to the Singapore stock exchange on Friday, Genting Singapore announced that its net profit jumped to SGD181.1 million (US$129 million) from just SGD10.8 million ($7.7 million) in the same period a year earlier.

Genting Singapore, which operates Singapore casino complex Resorts World Sentosa and is a subsidiary of Malaysian conglomerate Genting Bhd, attributed its first quarter net profit to the sale of its 50 per cent interest in the Jeju integrated resort on Jan 3.

Earnings before interest, tax, depreciation, and amortization rose 47.1 percent to SGD283.2 million ($202 million). The firm said the growth in adjusted EBITDA was supported by an “improvement in operating margins arising from cost efficiency initiatives and substantially lower impairment in receivables.”

“All our efforts in the gaming and non-gaming segments have shown encouraging response from our targeted market segments, and we are optimistic in delivering sustainable earnings growth,” the company said.

Genting Singapore also announced in a separate filing that it eyeing to redeem in the autumn an aggregate of SGD2.3 billion ($1.64 billion) of perpetual equity.

Genting Singapore said it is “allocating resources in tandem with the progress of the Japan IR Execution Bill, which will pave the way for the formal bidding process of the Japan gaming licenses.”