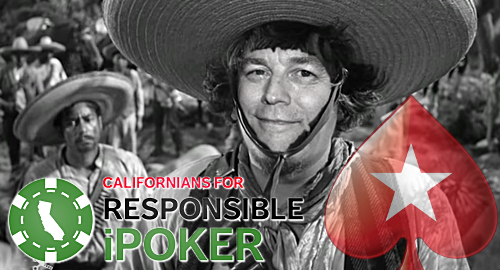 California’s once hopeful online poker prospectors continue to find nothing but fool’s gold in the Golden State.

Earlier this week, California Assemblyman Reggie Jones-Sawyer confirmed one of the industry’s worst-kept secrets: namely, that state legislators don’t intend to expend a whole lot of effort attempting to pass an online poker bill in 2017.

Jones-Sawyer, a longtime online poker proponent, also confirmed the not-so-secret cause of this lack of legislative interest, telling Online Poker Report that the state’s fractious online poker stakeholders – tribes, cardrooms, horseracing operators and poker technology providers – needed to get on the same page before taking another run at exasperated legislators with bigger fish to fry.

As ever, Amaya Gaming’s PokerStars brand remains the fly in this ointment, with some tribes and cardrooms advocating for (and partnering with) Stars, and other tribes insisting that they’re willing to stick with the status quo of no online poker if Stars’ participation is the price of admission.

Stars’ hand grew a little weaker on Wednesday after California gaming scribe Dave Palermo broke the news that one prominent tribe had withdrawn from Stars’ California coalition. The San Manuel Band of Mission Indians, which had hitched its star to Stars’ wagon in 2014, reportedly unhitched itself from the online poker effort last month.

San Manuel’s online poker advocacy had long predated its involvement with Stars, and exec director of public affairs Jacob Coin claimed that the tribe had simply decided to focus its efforts on “other tribal issues at this time.” Coin wished the other members of Stars’ coalition well and insisted that “no inferences of any kind should be drawn” from San Manuel’s withdrawal.

That leaves just one tribe – the Morongo Band of Mission Indians – in Stars’ corner. The tribe carries some political weight but Stars’ cardroom partners are increasingly on the outs, with two of them – the Bicycle Hotel & Casino and the Hawaiian Gardens Casino – having been found wanting in the anti-money laundering obligation department.

Despite these setbacks, Amaya spokesman Eric Hollreiser told California Online Poker that his company remains “absolutely” committed to fighting for the right to participate in the state’s regulated online poker market, assuming such a beast ever materializes.

Honestly, at this point, it almost seems as if Stars would be better off plunking down some servers just across the Mexican border and running TV spots welcoming all California poker players – who are already playing on internationally licensed poker sites anyway – to join the party.

Helpful suggestion: have Hollreiser appear in the spots wearing a sombrero and some bandoliers, defiantly proclaiming that Stars “don’t need no steenking California Gambling Control Commission badges!” No? Well, we’ll think of something better. After all, it seems we have plenty of time…