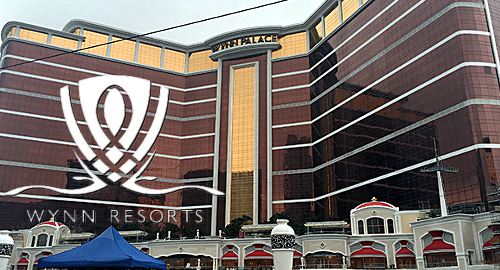 Wynn Palace managed to surpass Wynn Macau in non-gaming revenue, by a ratio of $85.6m to $64.9m. Occupancy at both properties was around 95.7%.

Speaking on the analyst call, Wynn CEO Steve Wynn trumpeted Wynn Palace for boosting the company’s Macau market share to 16% from just 9% a few years ago. Wynn expects to take an even bigger bite once construction work around Wynn Palace concludes and gamblers have easier access to the property.

In Vegas, Wynn’s ambitious plans to build a major off-Strip non-gaming expansion known as Paradise Park could get underway as early as December. However, while the proposed lagoon and meeting center are still in the mix, plans for a new hotel have been put on hold until the company sees how the first phases pan out.

Steve took time to celebrate the National Football League owners having recently approved the Oakland Raiders franchise relocating to Vegas, predicting that “having NFL games in Las Vegas is going to light this town up.” Steve’s already looking forward to Vegas hosting its first Super Bowl, during which “this place will go bonkers.”