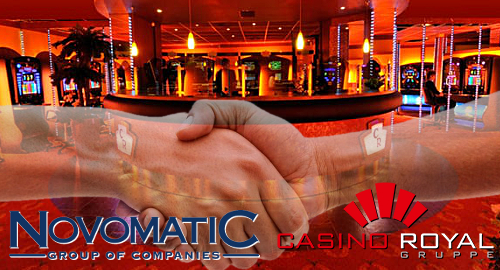 The German Federal Cartel Office recently approved Novomatic’s purchase of the Casino Royal Group, one of Germany’s largest gambling hall businesses. Casino Royal operates around 3,500 gambling machines at 130 locations, with a particularly strong presence in the state of North-Rhine Westphalia.

Novomatic already controls the Admiral Play Halls business in Germany, and the addition of Casino Royal, which generated revenue of €102m in 2016 and employs around 1,000 people, makes Novomatic the country’s leading operator of gambling halls.

Novomatic managing director Martin Restle said the plan was to maintain the Casino Royal brand and to preserve the company’s “competence” by retaining its existing management team of Rolf Falke and Dirk Schilling. Restle also said Novomatic expected to start realizing synergy effects from the deal in the coming months.

Novomatic CEO Harald Neumann recently predicted that the German market would be “characterized by strong changes” in the next few years, which was why the company had embarked on a strategy to build on its already strong position in the market via strategic acquisitions.

Novomatic’s acquisition strategy hasn’t always played out the way the company hoped. A year ago, the company believed it had secured a deal that would allow it to take a majority stake in Casinos Austria, only to have the local competition watchdog impose conditions on the deal that restricted Novomatic to no more than a 25% stake in Casinos Austria.

In February, Novomatic released preliminary results showing its group revenue hitting €4.4b in 2016, the first time the company’s annual revenue has topped the €4b mark. The company credited the unprecedented achievement to growth in its core markets of the UK, Germany, Italy and Spain.

Last year, Novomatic pulled off its biggest deal yet by acquiring a majority stake in Australian gaming device supplier Ainsworth Game Technology (AGT). The company believes AGT will serve as an “important lever” for expansion in South America, the US, Australia and Asia in 2017.